Oklahoma's Kyler Murray  poses Friday with NFL Commissioner Roger Goodell after being picked with the No. 1 overall selection in the 2019 NFL Draft. Photo by John Sommers II/UPI | License Photo

Rosen made the tongue-in-cheek remark in a social media video he posted Saturday. The No. 10 overall pick in the 2018 NFL Draft was traded from the Cardinals to the Dolphins on Friday after Arizona selected Murray No. 1 overall in the 2019 NFL Draft on Thursday in Nashville.

The former UCLA quarterback first praised the Cardinals fan base and staff before congratulating Murray on being drafted.

"I just wanted to say a couple things after everything that just happened," Rosen said. "Cardinals fans, thank you so much for all fo the continued support this year. I know we didn't win as many games as we all would have hoped, but I had an unbelievable time with you in the desert.

"Unfortunately my time here is coming to an end, but you guys are getting a hell of a player in Kyler Murray. He is going to do great things for the Red Sea. Kyler, I just wanted to congratulate you and your family for getting drafted. Arizona is a really special place."

Rosen said he "couldn't be more excited" to join the Dolphins. He then jabbed Murray with a line about his former home in Scottsdale.

"Kyler, one more thing," Rosen said. "I have an awesome two bedroom in Old Town that just came on the market so let me know if you're interested and I think I could get you a pretty good deal.

Rosen said he will fly to Miami on Sunday morning. Murray is likely to receive a four-year contract worth between $32 million and $40 million. 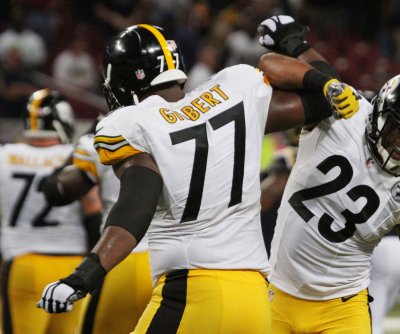