Tampa Bay Buccaneers quarterback Jameis Winston took it upon himself to take up for wide receiver DeSean Jackson.

The Tampa Bay Times published a story questioning what the Bucs will do with Jackson, who was limited to just 50 receptions for 668 yards and three touchdowns in 14 games last season.

While the idea of trading Jackson was on the table, Winston took to Twitter to show Jackson's worth to the club.

"We got this! I personally will make sure we show how valuable @DeSeanJackson11 is to our team and @NFL," Winston wrote.

Buccaneers coach Dirk Koetter also fell on the proverbial sword, saying he needed to do a better job of getting Jackson opportunities with the ball.

"DeSean was where he was supposed to be," Koetter said. "He was either behind the defense, in between the corner and safety, or he was in position to make explosive plays, and we didn't get the ball to him. That's on myself, it's on Jameis to do better. I think DeSean and Jameis have said they need to spend more time working together, and I think they're addressing that."

The 31-year-old Jackson is part of an offense that features Mike Evans, as well as tight ends Cameron Brate and O.J. Howard. 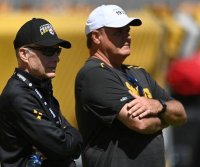 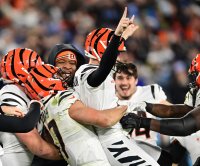 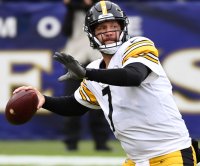 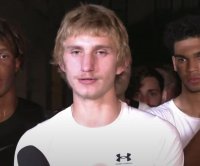