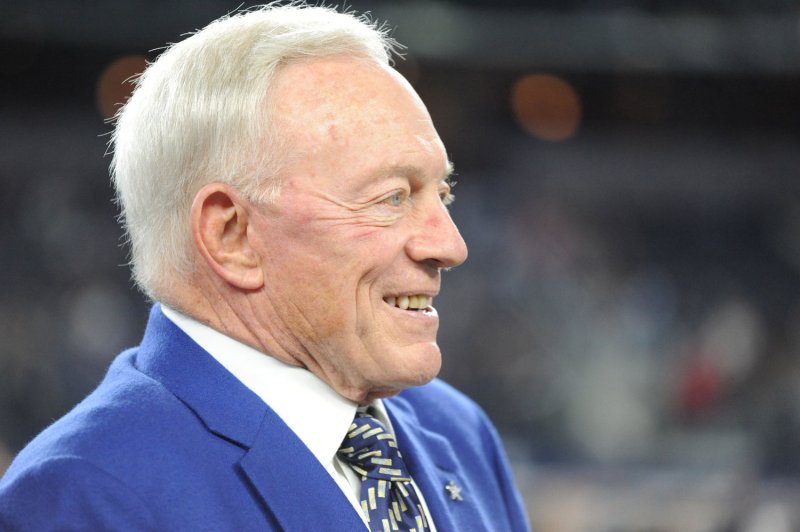 Dallas Cowboys owner and general manger Jerry Jones walks onto the field prior to a game against the Philadelphia Eagles in November. Photo by Ian Halperin/UPI | License Photo

The league had demanded that Jones reimburse it for legal fees the NFL incurred during the litigation involved in the suspension of Cowboys running back Ezekiel Elliott.

The NFL noted teams are obligated to repay the league if the team offers "substantial assistance" to a third party engaged in the litigation with the league.

The Cowboys claimed they were only observers in the Elliott litigation.

Goodell had discretion whether to demand repayment, and the commissioner also ruled on Jones' appeal. That appeal was heard on Monday in Palm Beach, Fla., where owners and league officials are having committee meetings.

The league issued a statement Wednesday, which read:

"After a hearing with the Commissioner and the Finance Committee, the matter of the reimbursement of legal fees has been resolved to the satisfaction of all parties."

The league did not specify how the matter was resolved, but apparently the resolution was that Jones agreed to reimburse the league for more than $2 million.