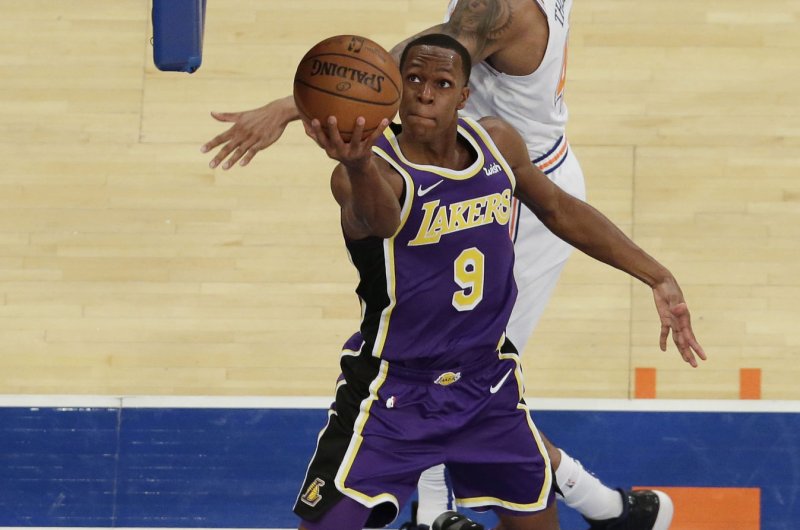 League sources told ESPN and the Los Angeles Times on Saturday that Rondo agreed to a two-year contract with the Lakers. The deal is for the veteran minimum.

Rondo originally joined the Lakers on a one-year deal after superstar forward LeBron James signed with Los Angeles last summer. The veteran guard had a shaky start to the season when he was suspended three games for his role in a fight while playing against the Houston Rockets in October.

Along with the suspension, Rondo suffered a pair of hand injuries that sidelined him. The guard missed 36 games during the season.

The 33-year-old guard is entering his 14th season in the NBA. Rondo is a four-time All-Star selection and holds career averages of 10.4 points, 8.5 assists, 4.8 rebounds and 1.7 steals per game.

Rondo won an NBA championship in 2008 with the Boston Celtics. He also has spent time with the Dallas Mavericks, Sacramento Kings, Chicago Bulls and New Orleans Pelicans.