The Phillies said in a statement that Taylor died from complications of a stroke suffered last year.

"Tony was undeniably one of the most popular Phillies of his or any other generation," Phillies managing partner John Middleton said in a statement. "His baseball talent was second only to his warm and engaging personality, as he would always make time to talk with fans when he would visit Philadelphia for Alumni Weekend.

"... On behalf of Leigh and myself and the entire Phillies organization, we send our deepest condolences to Clara and all of Tony's family and friends."

The Major League Baseball Players Association released a statement saying the players' community was "saddened by the loss" of Taylor.

After his playing career, Taylor served as a major league coach with the Phillies and then-Florida Marlins. He also was a minor league manager and coach with multiple organizations. 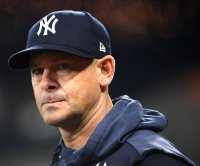 MLB // 14 hours ago
MLB playoffs: Schwarber slams Red Sox past Astros, to 2-1 ALCS lead
Oct. 19 (UPI) -- Kyle Schwarber's 430-foot grand slam was one of four Boston Red Sox homers in a blowout of the Houston Astros in Game 3 of the ALCS. The 12-3 triumph gave Boston a 2-1 lead in the best-of-seven series.

MLB // 1 day ago
Rosario, Braves walk-off vs. Dodgers to take 2-0 lead in NLCS
Oct. 18 (UPI) -- Atlanta outfielder Eddie Rosario hit a single off the glove of shortstop Corey Seager to give the Braves a dramatic walk-off win over the Los Angeles Dodgers in Game 2 of the NLCS Sunday on night. 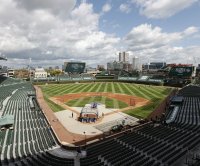 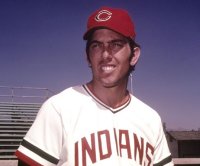