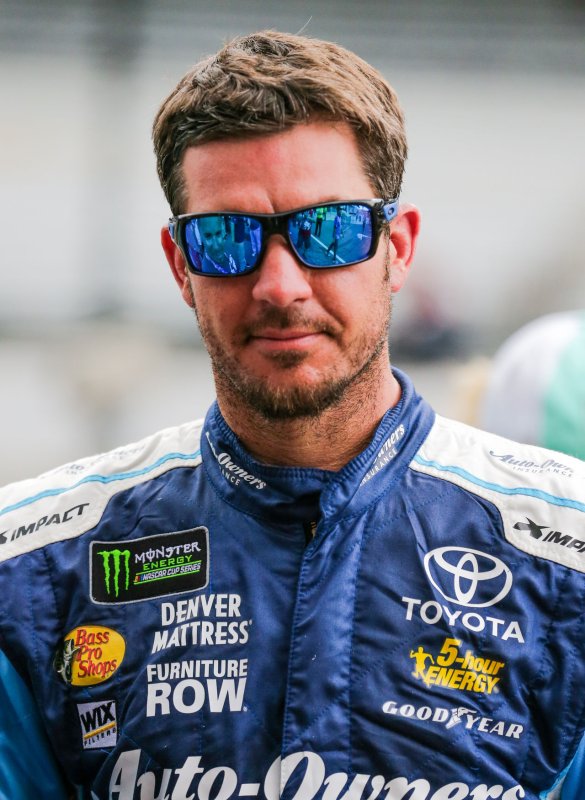 Truex won his second Coors Light Pole Award of the season, his third at Dover -- the closest facility to his Mayetta, New Jersey home town -- and the 14th of his career. Winner of a series-best five races this season, Truex will start on the front row for the ninth time this season.

"We just kind of chased it a little bit -- chased the balance -- and I thought we were pretty close at the end of practice," Truex said. "We hit it pretty close for Round 1 (of qualifying) and tweaked on it a little from there.

"We put together a decent lap for Round 1, and the guys did an awesome job all day. So, really proud of them, and I'm looking forward to getting some more bonus points.

With a victory a Chicagoland Speedway in the opening event of the Playoff, Truex already locked up a spot in the Round of 12. His 19 stage wins and 59 Playoff points both are tops in the series.

Going for his third straight qualifying sweep, Busch was fastest in the first and second rounds but fell short in the third. With last Sunday's victory at New Hampshire, Busch also is guaranteed a spot in the Round of 12.

"It was a good run for us," said Busch, whose lap at 160.800 mph in the second round was the fastest of the day. "I thought the first two rounds, obviously, we showed really good speed -- probably used up a little too much tire in Round 2, and I just wasn't able to follow through in that third round and get a quick enough time to hold off Martin...

"But I'm excited to have a Toyota front row, and we'll go race 'em on Sunday."

After posting the third fastest time in Friday's opening practice, 11-time Dover winner Jimmie Johnson qualified a disappointing 17th and failed to advance to the final round.

"The track changed a little more than we adjusted for is really what it boils down to," Johnson said. "We felt like it was going to do that and made an effort at it and just didn't go far enough."

Nevertheless, Johnson has unwavering confidence in his No. 48 Chevrolet under race conditions.

"Yeah, the great thing is just how fast the car was off the truck," said Johnson, who is seeking an unprecedented eighth series championship. "I know when it comes to race time we will be fine here. Qualifying for me is qualifying, so we had speed this morning, and I know it's in there."

Of the drivers fighting from the bottom of the Playoff standings for the final positions in the Round of 12, Ryan Newman had the best effort in time trials, qualifying eighth. Relative to the field, Ricky Stenhouse Jr. improved over practice and secured the 15th position on the grid.

Austin Dillon, currently tied with Stenhouse for the 12th and final position in the next round, will start 23rd, while Kurt Busch and Kasey Kahne -- both of who likely will need a victory to advance from their respective 15th and 16th positions in the standings -- qualified 13th and 21st, respectively.

"We just didn't have the rotation we needed to kind of finish off the end of the corner," Dillon said. "It's tough. We've been not that great since we unloaded. We'll keep working on it though. Usually, the race comes to us a lot more than qualifying does." 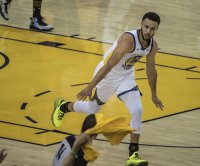 Sports News // 14 hours ago
Kentucky Derby: Prospective field set for 20 Thoroughbreds
April 12 (UPI) -- With all the preliminaries in the book, here's how the field shapes up for the May 1 Kentucky Derby.

MLB // 14 hours ago
Red Sox's J.D. Martinez hits three homers in win vs. Orioles
April 12 (UPI) -- J.D. Martinez started his day with a strikeout, but went on to smack three home runs to lead the Boston Red Sox to a 14-9 victory over the Baltimore Orioles in Baltimore.

Sports News // 14 hours ago
Kentucky Derby field set in weekend racing
April 12 (UPI) -- Another big weekend of Thorougbred racing at Keeneland and Oaklawn Park set the tentative field field for the May 1 Kentucky Derby amid some fascinating battles among the sprinters and turf specialists.