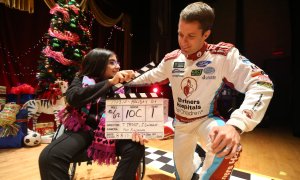 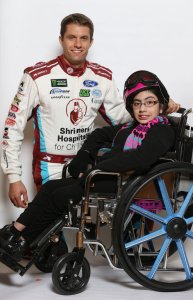 U.S. News // 2 years ago
Showers may dampen Daytona as NASCAR season revs up Sunday
Mother Nature may attempt to put the brakes on the excitement surrounding the NASCAR Cup Series season-opening event, the Daytona 500, on Sunday.

Sports News // 2 years ago
NASCAR: How to watch championship weekend, Ford EcoBoost 400 odds
The 2019 Ford EcoBoost 400 highlights the final weekend of the 2019 NASCAR season. Here is how to watch, the latest results and betting odds for the races at Homestead-Miami Speedway in Homestead, Fla.

Ragan was born in Unadilla, Georgia, the son of former racer Ken Ragan, and began his racing career racing in the Bandolero Series at age 12. Four years later, he began competing in the Goody’s Dash Series with Cam Strader. After one year, he moved to the Legends Pro-Division to race for Mark Martin. He concluded the season by finishing fourth in the point standings. At age 18, Ragan began racing in the Camping World Truck Series, Nationwide Series, and the ARCA Racing Series.

FULL ARTICLE AT WIKIPEDIA.ORG
This article is licensed under the GNU Free Documentation License.
It uses material from the Wikipedia article "David Ragan."