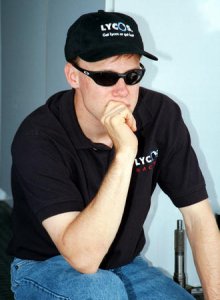 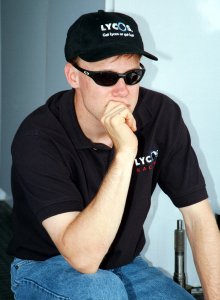 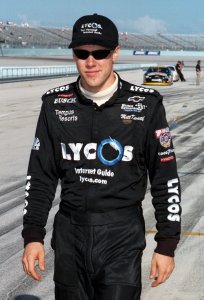 Sports News // 7 months ago
Ryan Blaney crew member hit during NASCAR pileup
A member of Ryan Blaney's pit crew was hit by a car in a pileup on pit lane during the Cup Series Big Machine Hand Sanitizer 400 at the Indianapolis Motor Speedway. 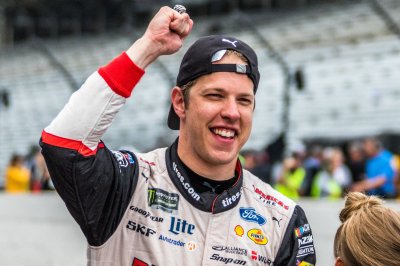 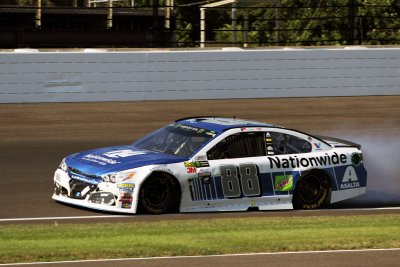 To be a part of the All-Star race and that group of drivers is always cool, and to do it at Charlotte is a lot of fun

I didn't think we had quite the car today honestly, I thought Jeff Burton had everybody covered, but once we got to the lead clean air helped my car

We had the best car on the long runs, but I hate to win a race that way

Matthew Roy "Matt" Kenseth (born March 10, 1972) is an American stock car driver. Matt currently drives the No. 17 Crown Royal Ford Fusion in the NASCAR Sprint Cup Series for Roush Fenway Racing. He is a Daytona 500 champion, having won a rain-shortened race in 2009, the first Daytona 500 win for the Roush Fenway Racing team. Kenseth followed that up with a win at California Speedway moving his win list up to 18 in Sprint Cup.

Kenseth started racing on several short tracks in Wisconsin and he won track championships at Madison International Speedway, Slinger Super Speedway and Wisconsin International Raceway. He moved to the ARTGO, American Speed Association, and Hooters Late Model touring series before getting a full-time ride in the NASCAR Busch Series (now Nationwide Series) for his former Wisconsin short track rival Robbie Reiser. After finishing second and third in the Busch Series (now Nationwide Series), he moved up in the NASCAR Winston Cup Series (later NEXTEL Cup Series and now Sprint Cup Series). He won the series' Rookie of the Year title in 2000 and the season championship in 2003. The International Race of Champions invited Kenseth to race in their 2004 season as the reigning champion and he won the season championship.

Kenseth was born in Cambridge, Wisconsin. He made an agreement with his father, Roy, that Roy should buy a car and race, and Matt would work on the car until he was old enough to race. Matt began stock car racing in 1988 at the age of 16 at Madison International Speedway. "My dad bought a car when I was 13 and raced it at Madison," Kenseth said. "Neither of us knew much and it was a learning experience. He continued to race in 1988 and 1989. My first car – what might be considered a sportsman – was a 1981 Camaro that Todd Kropf had driven to championships at Madison and Columbus 151 Speedway. On the third night out I won a feature. I ran 15 features in 1983 and won two of them." "The first night out in the Kropf car Matt won a heat race," said Kenseth's father Roy. "The third night he won the feature by holding off two of the best drivers at the track, Pete Moore and Dave Phillips, for 20 laps. Matt was smooth. I knew then he was going to be a racer." He ran for the points title on Saturday nights at Wisconsin Dells) in 1989. He finished second in points and won eight features. On Friday nights, he ran about half of the races at Golden Sands Speedway and half at Columbus 151 Speedway. In 1990, he bought a late model from Rich Bickle. In the season-opening race at Slinger Super Speedway, Kenseth inherited the lead and won his only race of the season when track champion Tony Strupp had a flat tire. He finished sixth in season points and won the track's rookie of the year award. Kenseth entered fifteen ARTGO events that season and raced in 40 features that year. After graduating from Cambridge High School that summer, Kenseth worked for four years selling and shipping parts for Left-hander Chassis, a late model racecar chassis manufacturer just south of Wisconsin in Illinois. In 1991 he won the ARTGO race at La Crosse Fairgrounds Speedway to become the youngest winner in the series' history. He passed Joe Shear and Steve Holzhausen, and held off Steve and Tom Carlson for the win. 1992 was a difficult year for Kenseth. He won three races and blew up more engines than he could count. He was ready to quit racing after the season. "I felt we were at a standstill", he said. "I wasn't gaining. My dad and I had some major discussions at the end of the year. We had to find the dollars for a good program or I told him I would rather not race." Kipley Performance loaned a motor to Kenseth for the season-final race at La Crosse and the team ran better. Kenseth built a new car for 1993 using a Kipley engine. He used the car at Madison to win eight features and finished second in the points. Mike Butz offered Kenseth the chance to race his late model, and it took some time for the combination to stop struggling before they started winning features. At the end of the season, they won the final short track series race at Madison, La Crosse, and I-70 Speedway.

FULL ARTICLE AT WIKIPEDIA.ORG
This article is licensed under the GNU Free Documentation License.
It uses material from the Wikipedia article "Matt Kenseth."
Back to Article
/