Dec. 3 (UPI) -- A Florida man riding his jet ski in Biscayne Bay came to the rescue of a dolphin he spotted tangled in some rope attached to a cage.

Nicholas Tuduri shared video showing him using a knife to cut through the rope wrapped around the dolphin's body after he and a friend spotted the aquatic mammal struggling in Biscayne Bay.

He said the rescue took about 10 minutes.

"I think once the dolphin realized that we had the cage up to the surface and he didn't have to fight us so much to try to breathe, he just floated and stayed there with us," Tuduri told WSVN-TV. "It's amazing. The dolphin was looking with its eye. It was watching us, observing us do what we were doing, and he just let us do our thing."

Tuduri said about seven or eight dolphins came up to the surface and swam alongside his jet ski after he freed their comrade.

"I think they were thanking me," he said.

Odd News // 15 hours ago
Christmas gift from boss earns man $200,000 lottery jackpot
Jan. 21 (UPI) -- A North Carolina man ended up getting a $200,000 Christmas bonus when a scratch-off lottery ticket from a gift bag his boss gave him turned out to be a top prize winner.

Odd News // 16 hours ago
Toronto woman finds knife-wielding squirrel in back yard
Jan. 21 (UPI) -- A Toronto woman captured video when she looked into her backyard and was confronted with a bizarre sight: a squirrel holding a knife.

Odd News // 18 hours ago
Reddit helps reunite backpacker with long-lost travel diary
Jan. 21 (UPI) -- An Australian man who found an old travel diary in a cupboard at a rental property was able to reunite it with the backpacker who lost the journal about 20 years earlier. 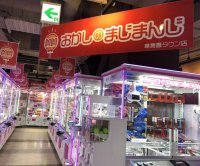 Odd News // 21 hours ago
Loose cow in Massachusetts captured after six months
Jan. 21 (UPI) -- A cow that was on the loose in a Massachusetts town for more than six months was finally lured into a trailer and will receive a new home at a sanctuary.