Nov. 9 (UPI) -- An Australian man doubled his lottery prize to more than $1.5 million when he accidentally bought two identical tickets for the same drawing.

The Boronia, Victoria, man told The Lott officials he plays the TattsLotto drawing every week on TheLott.com.

The man ended up with two of the six division one winning tickets for Saturday's drawing, and ended up with six second-place prizes on his entry, earning him $1,537,439.35.

"It's the best mistake ever! I'd be happy to make a few more mistakes like this one," the man said.

The winner said his numbers were literally hand-picked by his family.

"We put all of the numbers in the box, and then I asked each of my immediate family members to choose one," he said. "So they are special numbers, but not birthdays or anything, just special because my family helped me choose them." 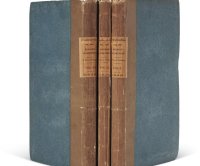