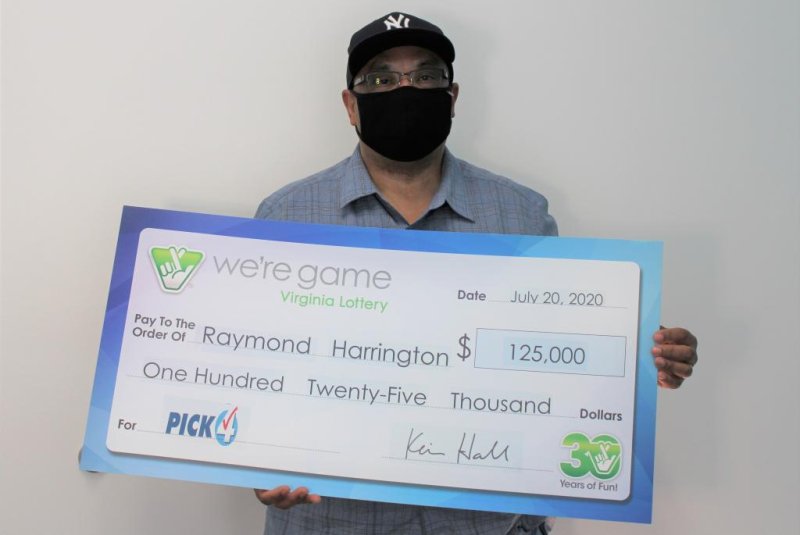 A Virginia man bought 25 identical tickets for the same Pick 4 lottery drawing and each ticket ended up earning him $5,000. Photo courtesy of the Virginia Lottery

"Something just told me to play 25 times," Harrington recalled.

The gamble paid off when Harrington's number combination came up: 4-6-4-0.

The winner said he plans to use his money to help his two sons, who are in college.

Odd News // 2 days ago
Turkey crashes through window into California dentist's office
March 5 (UPI) -- An employee at a dentist's office in California received a scare when a large turkey came crashing through a window and into the patient consultant area.

Odd News // 2 days ago
Photo found in used book returned to family decades later
March 5 (UPI) -- A New York woman who found a decades-old family photo in a used book she bought 15 years ago was able to return the photo to the family thanks to social media.

Odd News // 2 days ago
Emu on the loose after escape from Washington state farm
March 5 (UPI) -- A farm in Washington state is asking residents to keep a lookout for an escaped emu that slipped through a damaged section of fencing.

Odd News // 3 days ago
Korean War veteran's letters home returned to family after 70 years
March 4 (UPI) -- A Pennsylvania war memorabilia collector was able to find the family of a man whose letters from the Korean War ended up for sale at an auction.