Lock of Beethoven's hair up for auction 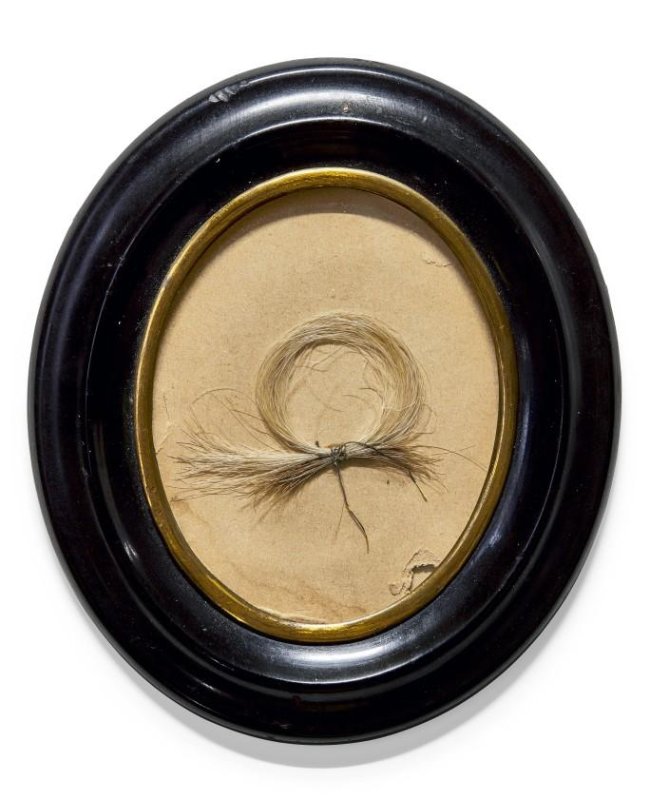 A lock of Ludwig van Beethoven's hair is scheduled to be auctioned this week and is projected to attract a high bid of $15,000-$19,000.  Photo courtesy of Sotheby's

June 10 (UPI) -- A lock of Ludwig van Beethoven's hair is scheduled to be auctioned in Britain nearly 200 years after the German composer gave it to a contemporary.

Auction house Sotheby's said the lock of hair from the 19th century musician is scheduled to hit the auction block Tuesday, with high bids expected at between $15,000 and $19,000.

The auctioneer said the hair was given by Beethoven to contemporary Anton Halm as a gift for Halm's wife. Beethoven reportedly gave the lock of hair to Halm personally after declaring that a lock of hair Halm had procured from a third party was actually from a goat.

Sotheby's said the hair headed to auction is "indisputably human" and comes with a silk thread and a 19th century glazed oval frame.

Chess piece bought for $6 in 1964 valued at up to $1.3 million Laptop intentionally loaded with malware sells for $1.345 million Rare Harry Potter first edition with typos sells for $90,074

Odd News // 17 hours ago
Turkey crashes through window into California dentist's office
March 5 (UPI) -- An employee at a dentist's office in California received a scare when a large turkey came crashing through a window and into the patient consultant area.

Odd News // 17 hours ago
Photo found in used book returned to family decades later
March 5 (UPI) -- A New York woman who found a decades-old family photo in a used book she bought 15 years ago was able to return the photo to the family thanks to social media.

Odd News // 20 hours ago
Emu on the loose after escape from Washington state farm
March 5 (UPI) -- A farm in Washington state is asking residents to keep a lookout for an escaped emu that slipped through a damaged section of fencing.