Feb. 13 (UPI) -- A traveler on a British road captured video of a man hitching a free tram ride by clinging to the windshield wipers at the rear of the vehicle.

The video, recorded by Howard Keast, shows the man walking behind the tram while it is moving slowly in Rochdale, England.

The man grabs onto the windshield wiper and hoists himself up as the tram picks up speed.

It was unclear for how long the man took his free ride outside the tram.

Teen takes free ride on back of D.C. Metro bus Raccoon takes a free ride on D.C. bus Ohio train hoppers call 911 for help when train fails to slow Man clings to the back of moving city bus in Toronto 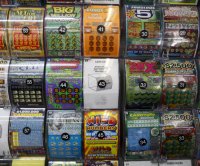 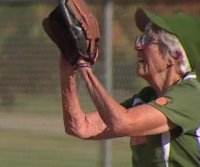