Oct. 22 (UPI) -- A guest at a Tennessee motel captured video of a bear that walked up to the building and spent several minutes wandering outside guests' doors.

Caitlin Frakes said she was staying with her mother at the Tennessee Days Inn in Gatlinburg when she spotted the bear going through the contents of a trash can.

Frakes filmed the bear wandering around the motel grounds, including climbing a ramp and sniffing around room doors, for more than 15 minutes.

"I'm shaking so bad," Frakes says in the video.

The bear eventually wandered off down a nearby street.

Guests at the Reagan Resort Inn in Gatlinburg captured video in December 2017 of a bear wandering up to the hotel's front door before walking around the parking lot sniffing at cars. 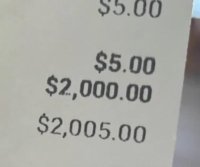