I am shy around movie stars. True, if odd. My tongue sticks to the roof of my mouth and all I can think to say is I loved you in ... So it is with Charlton Heston.

In his presence I seem to nod idiotically like one of these doggies in the back of rear windows of cars. He always tries to make my agonies a bit smaller since he is such a gentleman. We've talked about children and gun control but usually it's hopeless and I just end up trying not to stare.

It's a serious and silly business, acting. Grown people running around pretending the clothes they're wearing are their own, pretending the words they're saying are their own, pretending that they're not pretending. That stuff can really make you feel silly if you're not careful. A thousand times more silly if you're wearing a toga or staring off-stage at a burning bush that isn't there. But as silly as it might be at times, acting has awesome power to mirror our reality and give shape to our best and most noble pictures of ourselves.

When I was a kid and yearning to act, there were scads of actors whose work I admired and tried to emulate: (Spencer) Tracy and (Charles) Laughton, Paul Muni, Irene Dunne and Jimmy Cagney. There were also Errol Flynn and John Wayne and Charlton Heston.

There are some performances that could not possibly be acted by anyone other than who played them. Even though we hear stories about (Ronald) Reagan being cast in Casablanca, we know in our gut it just couldn't be right, couldn't happen. God gave Bogart the role. God gave John Wayne Red River. And God cast Charlton Heston as Moses. And Ben Hur. God I think cast Heston as God, because (if I'm not mistaken) his voice is the voice of God in the "Ten Commandments," playing against himself. They say Cecil B. DeMille did the voice, but it sounds like Heston to me. I believe it anyway. Makes a better story.

Millions of Jewish kids grew up with the confusion that A) Charlton Heston WAS Moses B) Charlton Heston was NOT Jewish. I believe that films like Ben Hur were conceived because Heston was there to make them. He allowed these stories to be told because he was there to play the parts. Ben Hur starring Robert Montgomery. (Please) Tyrone Power as Moses (I don't think so). With all due respect, and I have loads of that, Heston is inescapable. He was necessary. There would be no Chariot Race worth its salt without him. I would never watch Heston on TV because he was too big. It would be like watching the promos to the "Incredible Hulk," with the giant bursting through his shirt. He was too big for television. TV is small, it's manageable, it's less. Heston was almost too big for the 20th Century, let alone TV. But in the darkened mysterioso of the movie theatre, Charlton Heston was "just right."

When I saw Charlton Heston as a kid, he took me far, far away, to places few actors could go. The only other American actor so comfortable outside of this era was Wayne, and Heston could time travel farther. Both held the magical alchemy that made me forget the commonplace of here and now completely. John Wayne allowed us into our American past. Heston, because of his perfectly male face, the depth of his voice, the measured almost antique rhythm of his speech, the oddly innocent commitment that allowed him to dive without looking into the role, took me farther, Before the Common Era, as they say.

Somehow he was able to cut the myriad strings that connect us to our current lives, so he could inhabit our imagined past and imagined future so perfectly. So well did he do this that his discomfort was obvious when he played in the Now (actually, make that my discomfort, because he more than likely had a ball in the rare instances when he played something current). If it wasn't the past it was the future. I could never have gotten to Ancient Rome without him, nor Ape City.

Is so and so a great actor? A good actor? A bad actor? Speaking as an expert it's a stupid question. The actor either gets you to where you have to go, or not. Heston did; priceless. He could portray greatness, which is no longer an artistic goal; he could portray a grandeur that was so satisfying. What he was able to personify so perfectly for us was a vision of ourselves called heroic. Is this out of favor? Out of step? Antique? Yes, Antique as in gorgeous, incredibly valuable, and not produced anymore but this is a critique of the world, not him (hopefully we will one day come back to all that).

As someone who has seen Ben Hur 2 million times I am totally grateful.

Self-consciousness is the anticipation of being silly and often is the spoiler for many actors. Charlton Heston had no such problem. He would dive into the story with what I can only call measured abandon and make me believe. God it was fun watching him.

It has become fashionable to characterize his politics; almost as if his Politics were a separate thing, like Diana's Popularity. People are either defensive or patronizing (if not contemptuous). I can only say I wish all the liberals and all the conservatives I knew had the class and forbearance he has. Would I be as patient or serene when so many had showed me such contempt, or tried to make me feel stupid or small? I doubt it, truly I do. This is dignity, simply and completely. A much more important quality than political passion at the end of the day, and far more lacking, don't you think?

It is a terrible, terrible, terrible thing that Charlton Heston is going through this (Earlier this week, Heston announced he had been diagnosed with symptoms consistent with Alzheimer's disease), but I confess that there is a part of my heart where I am grateful for the opportunity to let him know what he's meant to me.

It will make him smile that I'm writing this in the National Review (among other publications). Come to think of it, it is kind of funny.

(Richard Dreyfuss won an Oscar for his role as a struggling NY actor in "The Goodbye Girl." He also starred in numerous films, including "Jaws," "Close Encounters of the Third Kind," and "What About Bob?")

Odd News // 6 hours ago
Horse rescued from frozen pond in Michigan
March 2 (UPI) -- Authorities in Michigan came to the rescue of a horse that was trapped in the frigid waters of an icy pond on its owner's property.

Odd News // 8 hours ago
Florida couple find 7-foot alligator lurking in garage
March 2 (UPI) -- A Florida woman said she thought her husband was playing a practical joke on her before she opened her garage door and saw the 7-foot alligator for herself. 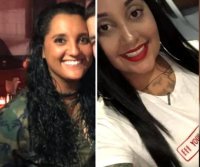 Odd News // 8 hours ago
Florida police officer rescues coyote struggling to swim to shore
March 2 (UPI) -- A police officer in Florida came to the rescue of a swimming coyote by using a patrol boat to guide the struggling canine back to shore.

Odd News // 10 hours ago
Texas woman runs 15 days in a row for half-marathon world record
March 2 (UPI) -- A Texas woman broke a Guinness World Record for most half marathons run on consecutive days when she ran a full marathon followed by 14 days of half marathons.