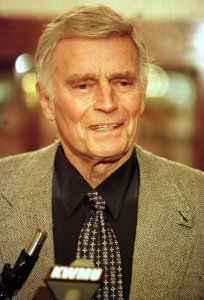 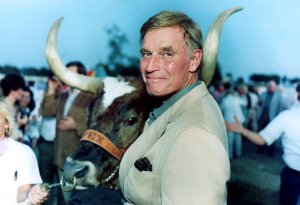 Voices // 3 years ago
If Parkland teens persist, they can make America great again
Is the #neveragain movement, ignited by the shootings at a Parkland, Fla., school and created by the student survivors, only a fad that will dissipate?

Top News // 4 years ago
The Almanac
On Oct. 4, 1927, artist Gutzon Borglum begins sculpting Mount Rushmore. It would take 14 years to complete, with work on the monument finishing in 1941.

Movies // 4 years ago
Jack Huston says chariot-racing in 'Ben-Hur' was 'a rush'
Actor Jack Huston admits he feared he might be "dead before lunch" the first day he began chariot-racing for his big-screen epic "Ben-Hur." 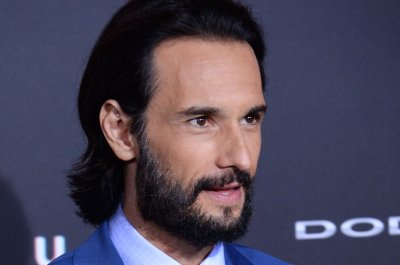 Entertainment News // 5 years ago
Pope Francis blesses Jesus actor in 'Ben-Hur' remake
Pope Francis blessed actor Rodrigo Santoro, who will be playing Jesus in the remake of the Charlton Heston film "Ben-Hur."
Movies // 6 years ago
Gal Gadot in talks to star in 'Ben-Hur'
Wonder Woman actress Gal Gadot is in talks to portray the female lead in an MGM and Paramount remake of "Ben-Hur."
Movies // 6 years ago
Jack Huston to star in remake of 'Ben-Hur'
"Boardwalk Empire" actor Jack Huston will star alongside Morgan Freeman in a remake of "Ben-Hur."
Technology // 7 years ago
Apple founder Steve Jobs up for commemorative postage stamp
The face of Apple co-founder Steve Jobs may be before the public next year, appearing on a commemorative U.S. postage stamp, the Washington Post reported.
Odd News // 7 years ago
The almanac
UPI Almanac for Friday, Oct. 4, 2013.

I don't seem to fit really into the 20th Century

He was a good friend and a very, very good writer

Every time was an amusement. And every time, I came away knowing a little more about movies than when we started

He was a good friend and a very, very good writer

Heston is known for having played heroic roles, such as Moses in The Ten Commandments, Taylor in Planet of the Apes, and the eponymous characters of El Cid and Judah Ben-Hur, for which he won the Academy Award for Best Actor.

Heston was also known for his political activism. In the 1950s and 1960s he was one of a handful of Hollywood actors to speak openly against racism and was an active supporter of the Civil Rights Movement. Initially a moderate Democrat, he later supported conservative Republican policies and was president of the National Rifle Association from 1998 to 2003.

FULL ARTICLE AT WIKIPEDIA.ORG
This article is licensed under the GNU Free Documentation License.
It uses material from the Wikipedia article "Charlton Heston."
Back to Article
/