Chelsea Handler will executive produce the series "Blair" for HBO Max and "Wiped Out" for Peacock. File Photo by Jim Ruymen/UPI | License Photo

Handler, 45, confirmed Thursday that her Chelsea Handler Productions will produce the series Blair for HBO Max and Wiped Out for Peacock.

"Trying to bring you guys some laughter and joy! #ChelseaHandlerProduction," she tweeted.

Deadline said Blair and Wiped Out were both developed at Universal Television, where Handler has a first-look deal.

Blair is based on the Mo Welch comic strip. Welch created and wrote the series, which follows a 20-something with a dark but frank outlook on life who is forced to move back in with her mom.

Wiped Out will feature Claudia Lonow as showrunner. The series centers on a narcissistic woman who tries to rebuild her "perfect" life after she is suddenly erased from the world's collective memory during a rift in reality.

Handler will executive produce both series with Molly Burke and Rachel Polan.

Handler is a comedian, actress and television personality who hosted the E! series Chelsea Lately and the Netflix talk show Chelsea. She will make her return to stand-up comedy in a new HBO Max special.

Chelsea Handler stand-up special announced for HBO Max Drew Barrymore, Whoopi Goldberg recall bonding on 'Boys on the Side' set 'The View': Sara Haines to return as co-host in Season 24 What to watch next: Sign up for UPI's Streaming newsletter 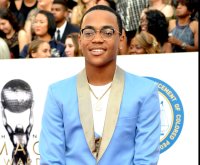 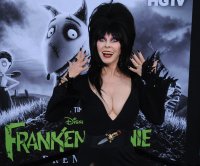