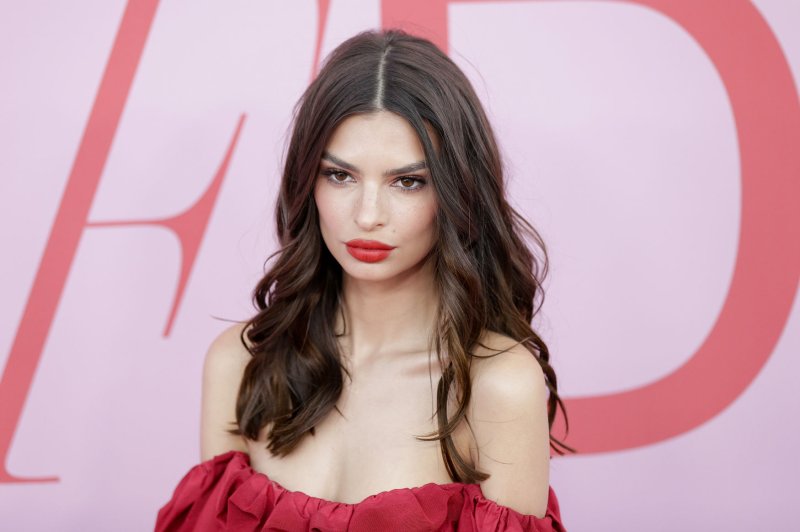 The 29-year-old model and actress is expecting her first child with her husband, Sebastian Bear-McClard.

Ratajkowski shared the news in an essay for Vogue published Monday. In the essay, Ratajkowski reflected on gender while explaining why she doesn't want to announce the sex of her unborn child.

"I like the idea of forcing as few gender stereotypes on my child as possible. But no matter how progressive I may hope to be, I understand the desire to know the gender of our fetus; it feels like the first real opportunity to glimpse who they might be," she wrote.

Ratajkowski said her younger self envisioned having a daughter. She explored how having a "mini me" can affect the child, the way her own mother influenced her with her "tales of being homecoming queen." Ratajkowski said she learned early that "beauty could equate to power."

"I think of the other physically beautiful mothers I've known -- the stage moms with their own mini-mes. The way their daughters, even as young girls, seem to know their own beauty, as if they have already lived entire lives in a grown woman's body," the model wrote. "I think about how women compare one another constantly; doing acrobatic calculations in their heads."

"'I'll never let that be an issue,' I tell my husband, but I can't help worrying. I still fight subconscious and internalized misogyny on a regular basis, catching myself as I measure the width of my hips against another woman's. Who is to say I'd be able to protect my daughter from it?" she said.

Ratajkowski also shared her worries about raising a son. She said she fears "inadvertently cultivating the carelessness and the lack of awareness that are so convenient" for white men.

"It feels much more daunting to create an understanding of privilege in a child than to teach simple black-and-white morality," the star said. "How do I raise a child who learns to like themself while also teaching them about their position of power in the world?"

In the end, Ratajkowski said she's "too humbled to have any false notions of control" when it comes to the gender of her child.

"I'm completely and undeniably helpless when it comes to almost everything surrounding my pregnancy: how my body will change, who my child will be. But I'm surprisingly unbothered," she wrote. "Instead of feeling afraid, I feel a new sense of peace. I'm already learning from this person inside my body. I'm full of wonder."

Ratajkowski shows her baby bump in her accompanying digital Vogue cover. She confirmed her pregnancy Monday on Instagram.

"Grateful & growing. Thank you @voguemagazine for this very special cover," the model wrote.

Ratajkowski is known for starring in Robin Thicke's "Blurred Lines" music video. She has since appeared as an actress in the films Gone Girl, We Are Your Friends and I Feel Pretty.

Ashley Graham plays parenting 'Never Have I Ever' with tWitch, Allison Holker Noah Cyrus, Miley Cyrus release 'I Got So High That I Saw Jesus' duet 'Archive 81': Netflix to adapt horror podcast as new series What to watch next: Sign up for UPI's Streaming newsletter