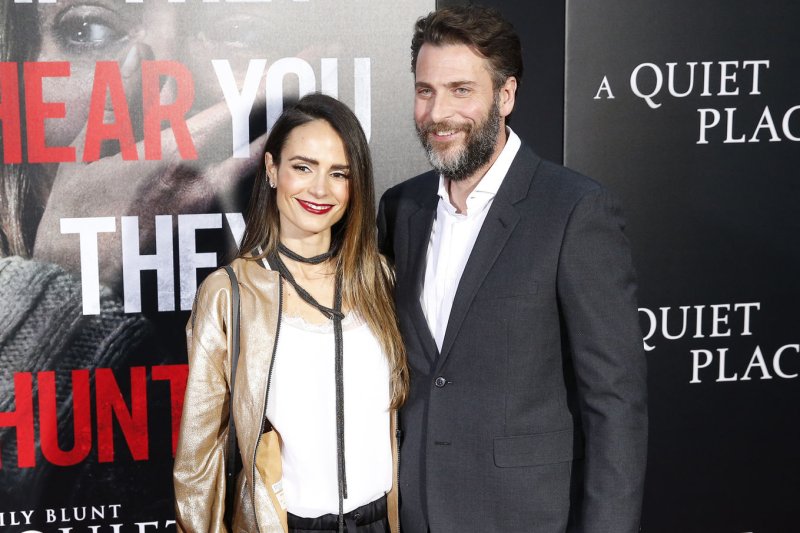 Jordana Brewster (L) and Andrew Form arrive at the premiere of "A Quiet Place" on April 2018. Brewster has filed for divorce from Form. File Photo by John Angelillo/UPI | License Photo

Left to right, Andrew Form, Jordana Brewster and their son Julian arrive at the "Teenage Mutant Ninja Turtles: Out Of The Shadows" premiere on May 2016. File Photo by John Angelillo/UPI | License Photo

July 8 (UPI) -- Fast & Furious star Jordana Brewster has filed for divorce from her husband Andrew Form after 13 years of marriage.

Brewster filed for divorce in Los Angeles on July 1 according to court records obtained by People magazine.

Brewster, 40, and Form, 48, met on the set of The Texas Chainsaw Massacre: The Beginning. Brewster starred in the film while Form was a producer on the project.

The pair became husband and wife in May 2007 and share two sons, Julian, 6, and Rowan, 4. The actress had both children via surrogate.

Brewster is best known for starring as Mia in the Fast & Furious series. She will return in the next entry titled F9, which is set to hit theaters on April 2, 2021.