Lindsay Lohan wants 'Mean Girls' sequel: 'That would be my dream'

The 33-year-old actress and singer said in an interview Monday on Radio Andy that she's pushing for a Mean Girls 2.

"I think there definitely is momentum towards it. I'm actually trying to get on a call, hopefully in the next week or two, with Tina and even Mark Waters and Lacey," the star said.

"I'm close with a lot of the other cast, so just to kind of get us all on a call together and just see where everyone's at -- and Lorne Michaels and everything, the powers that be -- to see what everyone's thinking," she added. "That would be my dream to come back and film a sequel to Mean Girls."

Mean Girls centered on Cady, a new student who befriends an exclusive high school clique, called the Plastics. Lohan agreed with host Andy Cohen that a sequel might explore the Mean Girls in the workforce.

Fey reflected on Mean Girls on Today in May 2019 while celebrating the film's 15th anniversary. In an interview with UPI in October, Jonathan Bennett, who played Aaron Samuels, said he embraces the film's lasting popularity.

"There was a moment in my life where I realized Mean Girls isn't just a movie, it's part of people's lives. I decided to just lean into it, because if I can help spread happiness with a movie that everyone loves, why not do it?" the actor said.

'Glee' alum Lea Michele pregnant with first child Kate Hudson on nearly dating Jimmy Fallon: 'I would have totally gone there' Thomas Rhett to kick off iHeartRadio concert series Wednesday What to watch next: Sign up for UPI's Streaming newsletter 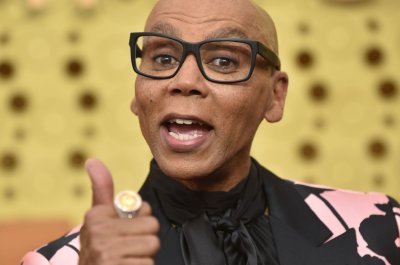