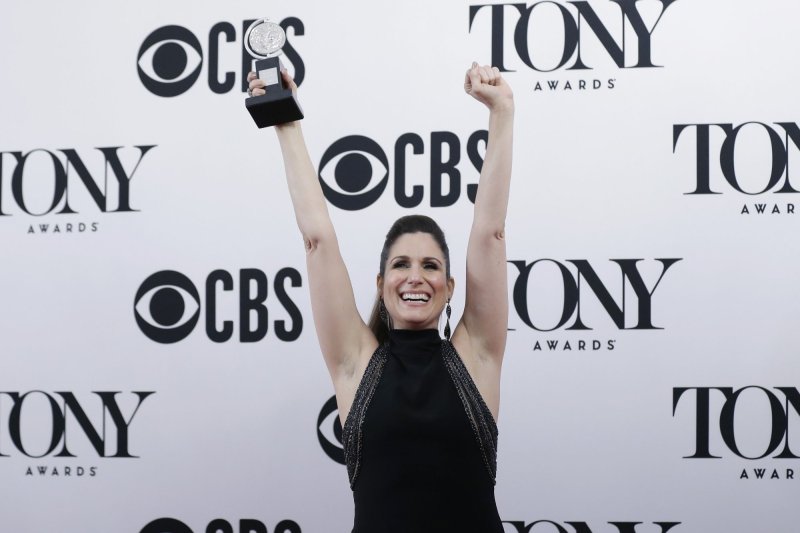 Actress Stephanie J. Block, winner for Best Performance by an Actress in a Leading Role in a Musical for "The Cher Show," arrives in the press room at the 73rd Annual Tony Awards on June 9 in New York City. Photo by John Angelillo/UPI | License Photo

Singer and actress Cher poses for photographers on the red carpet as she arrives for a gala at the Kennedy Center in December. File Photo by Mike Theiler/UPI | License Photo

June 26 (UPI) -- The Cher Show and King Kong musicals will end their Broadway runs on Aug. 18.

"Come see @TheCherShow before we hang up our sequin costumes! Okay, bitches, let's do this before August 18th!" the production's official Twitter account said.

Stephanie J. Block won the Tony Award for Best Actress in a Musical for her portrayal of the titular entertainer at the Neil Simon Theatre. The stage biography explores highlights of Cher's personal life and career over five decades.

The show will have played 324 performances and 29 previews when the doors close.

Set in the 1930s, it featured Christiani Pitts as Ann Darrow, Eric William Morris as Carl Denham and Erik Lochtefeld as Lumpy.

King Kong is to open in Shanghai in 2021. A North American tour, as well as productions in Japan and Spain, are in the works.

The Prom and Be More Chill are scheduled to close on Aug. 11.