Charlie Sheen back on HIV meds after 'alternative treatment' in Mexico

"The minute the numbers went up, he started taking his medicine," the actor's manager said.

Charlie Sheen at Barry Larkin's National Baseball Hall of Fame induction ceremony on July 22, 2012. The actor is back on his HIV meds after an intentional break. File Photo by Bill Greenblatt/UPI | License Photo

LOS ANGELES, Jan. 13 (UPI) -- Charlie Sheen, who announced his HIV-positive status in November, is back on his meds after a week-long break.

The 50-year-old actor's manager, Mark Burg, confirmed as much to People after Sheen announced he had stopped taking the drugs on Tuesday's episode of The Dr. Oz Show.

"Charlie is back on his meds," Burg said. "He tried a cure from a doctor in Mexico but the minute the numbers went up, he started taking his medicine. He told [Dr. Oz] he would start on the plane on the way home and that is exactly what he did."

Sheen opened up about his HIV diagnosis on the episode, which was taped Dec. 8. He told Dr. Mehmet Oz he stopped his meds to pursue an "alternative treatment" offered in Mexico by Dr. Sam Chachoua, who isn't licensed to practice in the U.S.

"I've been off my meds for about a week now," the star said at the time. "Am I risking my life? Sure. So what? I was born dead. That part of it doesn't faze me at all."

"I'm a little off my game, because right before I walked out here, I got some results that I was disappointed about," he later admitted. "I know this is an experiment, that I took a stroll down a different path. But yeah, I'd been non-detectable and non-detectable and checking the blood every week, and then found out that the numbers were back up."

Sheen revealed he is HIV-positive on the Today show in November, and claimed to have an undetectable level of the virus in his blood. The actor's father, Martin Sheen, praised his son for his "courage" following the announcement.

Movies // 15 hours ago
Quibi returns to 1995 with murder mystery in 'Streetlights' trailer
March 30 (UPI) -- A teen murder mystery rocks a small town in the first trailer for upcoming Quibi movie, "When the Streetlights Go On." 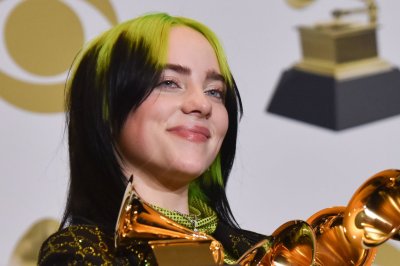