Ben Affleck back with wife Jennifer Garner after solo trip

Jennifer Garner and Ben Affleck arrive on the red carpet at the 85th Academy Awards at the Hollywood and Highlands Center in Hollywood in 2013. File Photo by Kevin Dietsch/UPI | License Photo

LOS ANGELES, May 8 (UPI) -- After an apparent solo trip to Nova Scotia, actor Ben Affleck has returned to wife Jennifer Garner and his family in Los Angeles, according to reports.

A Canadian gas station reported seeing the Gone Girl actor around April 16 and released security camera footage purported to show him without his wedding band.

Affleck and Garner were spotted together in Los Angeles dropping their children off at school April 24. The actor's wedding ring was clearly visible on his left hand.

Music // 2 hours ago
Mavis Staples, Jeff Tweedy team up on new song for charity
April 2 (UPI) -- Mavis Staples released "All in It Together," a song featuring Wilco member Jeff Tweedy, with proceeds to benefit My Block, My Hood, My City. 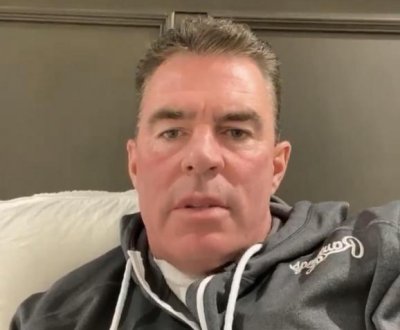