LONDON, Dec. 22 (UPI) -- Movie star Hugh Grant settled a phone-hacking lawsuit Friday for a "substantial sum" he will donate to a campaign for press reform in Britain, his lawyer said.

The exact terms of the settlement with Rupert Murdoch's News Corp. were not disclosed, The Guardian reported.

Mark Thomson, the actor's solicitor, said Grant would donate the money with an additional contribution to Hacked Off.

"Hugh Grant has today settled his claims for damages and other legal remedies arising out of the unlawful activities of News of the World journalists and others over a number of years," Thomson said. "News Group Newspapers have agreed to pay him a substantial sum by way of damages. He has instructed us to donate all of his damages plus an additional payment from him to the Hacked Off Campaign for a free and accountable media. This will be done as soon as payment is received."

Murdoch closed News of the World in 2011 amid revelations that a detective working for the venerable Sunday tabloid had hacked the cellphone of schoolgirl Milly Dowler after she disappeared in 2002. Her body was found a few months later.

Thomson said a court hearing on Grant's settlement will be held in January.

Grant, who became an international star with movies like "Four Weddings and a Funeral" and "Notting Hill," recently played a number of cameos in "Cloud Atlas."

The Guardian said 20 people have settled out of court with News Corp. since October. A number of actions are still outstanding, including one by Cherie Blair, wife of former Prime Minister Tony Blair.

HOLLYWOOD, Dec. 22 (UPI) -- The series finale of MTV's "Jersey Shore" drew 3.1 million viewers, down from 4.7 million for the season premiere in October, The Hollywood Reporter reported.

The episode was the reality series' least-watched finale for all six seasons. At its height, "Jersey Shore" averaged nearly 9 million viewers.

Among the 12-34 demographic, the episode drew a 2.8 rating, the entertainment industry publication said.

MTV isn't ditching the "Shore" cast altogether, though, with season two of "Snooki and JWoww," scheduled to premiere next month and the continuation of "The Pauly D Project."

Travis was ordered to appear for trial March 11 in Plano, where got into a fight with two men he claimed were hassling two women in the parking lot of Prestonwood Baptist Church Aug. 23.

Friedman said Travis was the Good Samaritan in the story because he intervened in what appeared to be a family dispute that went sour.

The Dallas Morning News said early accounts of the incident indicated Travis was drunk at the time, but police later discounted that report.

On the other hand, Travis was considered the aggressor in the matter and that the parties who were arguing included Travis' fiance, her daughter and her estranged husband, TMZ said.

A member of the Ukraine parliament posted a message on his Facebook page this week stating the actress was not truly a Ukrainian and then referred to her by a derogatory term used against Jews during the Holocaust.

The seemingly unprovoked attack against Kunis, who starred in "The Black Swan," brought a sharp retort from Ukraine's Jewish community, the New York Post reported. The head of the Ukrainian Jewish Committee called on the government to make the offensive term illegal. 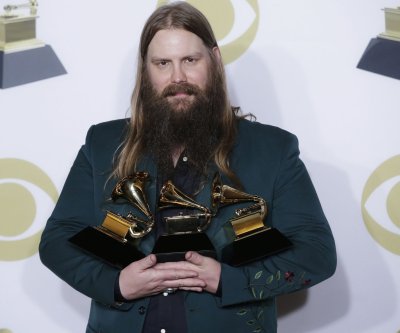 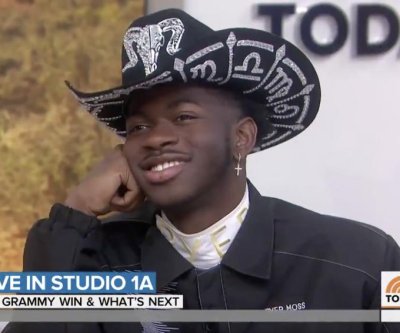