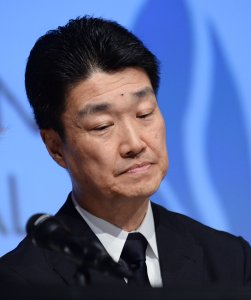 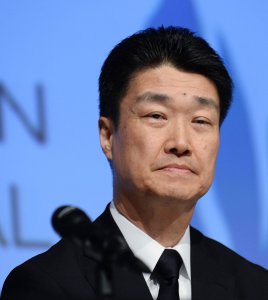 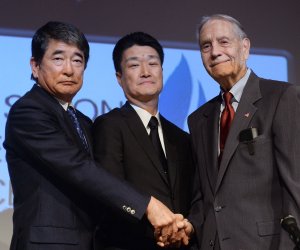 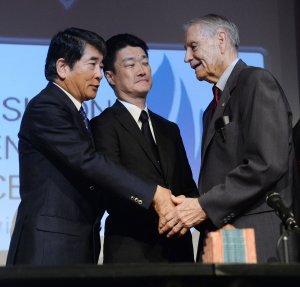 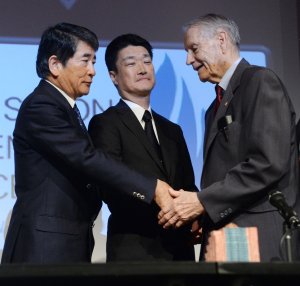 World News // 2 years ago
List of 12,000 Nazis, Swiss bank accounts found in Argentina
A list has been discovered in Argentina that includes names of thousands of former Nazis and their Swiss banking accounts that may have held stolen profits from German appropriations during World War II.

World News // 4 years ago
Holocaust survivors seek probe into nude tag video in gas chamber
Holocaust organizations called on Poland to explain how a group of artists gained access to a gas chamber and filmed themselves playing tag in the nude.

U.S. News // 5 years ago
Donald Trump inauguration schedule of events, performers and inaugural balls
The inauguration of President Donald Trump features a long list of official and semi-official events and celebrations, plus more than a few protests. Marie Osmond offers to perform at main event.

World News // 6 years ago
Japan's Mitsubishi to apologize for World War II American POW labor
The Mitsubishi corporation will apologize on Sunday for submitting U.S. prisoners of war to forced labor in its mines during World War II.

World News // 7 years ago
Women activists in North Korea for DMZ peace march
A group of 30 women activists including feminist Gloria Steinem arrived in Pyongyang on Tuesday to begin a peace march across the Korean demilitarized zone.

Simon Wiesenthal, KBE (December 31, 1908 – September 20, 2005) was an Austrian-Jewish architectural engineer and Holocaust survivor who became famous after World War II for his work as a Nazi hunter who pursued Nazi war criminals in an effort to bring them to justice.

Following four and a half years in the German concentration camps such as Janowska, Plaszow, and Mauthausen during World War II, Wiesenthal dedicated most of his life to tracking down and gathering information on fugitive Nazis so that they could be brought to justice for war crimes and crimes against humanity. In 1947, he co-founded the Jewish Historical Documentation Center in Linz, Austria, in order to gather information for future war crime trials. Later he opened Jewish Documentation Center in Vienna. Wiesenthal wrote The Sunflower, which describes a life-changing event he experienced when he was in the camp.

A biography by Guy Walters asserts that many of Wiesenthal's claims regarding his education, wartime experiences and Nazi hunting exploits are false or exaggerated. Walters calls Wiesenthal’s claims "an illusion mounted for a good cause". It is difficult to establish a reliable narrative of Wiesenthal’s life due to the inconsistencies between his three memoirs which are in turn all contradicted by contemporary records. It is partly thanks to Wiesenthal that the Holocaust has been remembered and properly documented.

FULL ARTICLE AT WIKIPEDIA.ORG
This article is licensed under the GNU Free Documentation License.
It uses material from the Wikipedia article "Simon Wiesenthal."