Pilots of the U.S. Marine Corps' short-takeoff-and-landing variant of the fighter plane completed their three-day carrier qualification in day and night conditions, according to a press release. The program included bombing runs near northwestern Scotland's Cape Wrath.

It was the first time live ordnance was dropped from F-35Bs, the Royal Navy noted.

"Working with British and American live weapons is an new experience for the Royal Navy, and the next step on the road toward full operational capability," commented Capt. James Blackmore, commander of Britain's Air Group, in a statement.

"Everyone needs to step up a gear to ensure we are ahead of the game as we move toward HMS Queen Elizabeth's first operational deployment next year, as from that moment onwards we need to be ready to do this for real."

The HMS Queen Elizabeth currently leads a nine-ship Carrier Strike Group, with 15 British and U.S. fighter planes, and 11 helicopters, aboard.

The training was the start of Exercise Joint Warrior, an annual event involving over 6,000 soldiers, 81 planes and 28 ships from Belgium, Canada, Denmark, Estonia, France, Germany, Latvia, Lithuania, the Netherlands, Norway, Portugal, Britain and the United States. 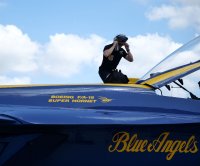 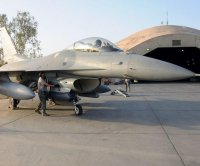