Allies are in the early stages of collaboration with the newly created U.S. Space Force, which has hosted its first "five eyes" level briefing and authorized its first collaborative task order. 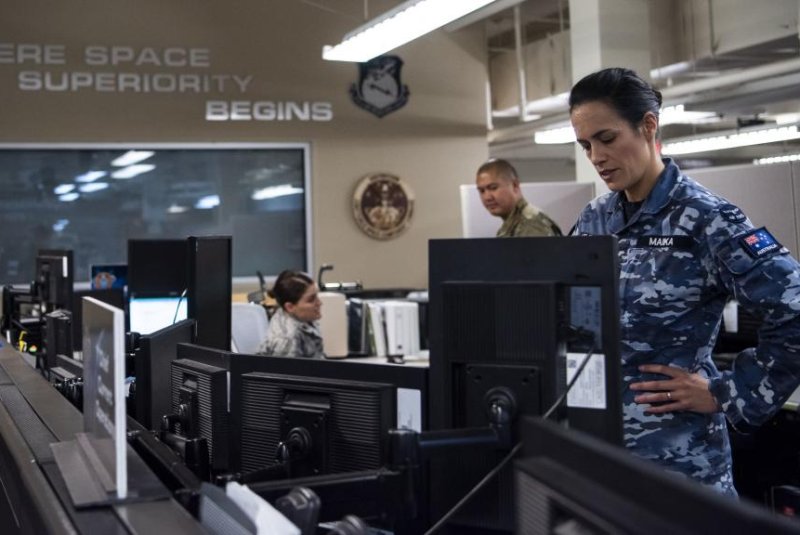 Dec. 27 (UPI) -- Allies are in the early stages of collaboration with the newly created U.S. Space Force, which has hosted its first "five eyes" level briefing and authorized its first collaborative task order, the Air Force said Friday.

According to an announcement by the U.S. Air Force, Group Captain Darren Whiteley, a Royal Air Force officer from Britain and the deputy director of the Combined Space Operations Center, recently signed the first combined tasking order for Space Force command units.

"Allied partnerships are critical to defending our assets at home and in the space domain," Whiteley said. "The threat is expanding and international collaboration is essential to strengthen deterrence against hostile actors. Through these partnerships we are able to expand the depth and multiply the effects we can have to those evolving threats."

The task order is the first by a coalition partner under Operation Olympic Defender, a multinational effort intended to optimize space operations and share information between allies.

"Five eyes" is a military term referring to intelligence sharing and collaboration between Australia, Canada, Britain, the United States and New Zealand.

New Zealand has recently attended its first weekly products brief, where coalition space strategy is synchronized and where master plans and tasking orders are communicated and approved.

CFSCC was established at Vandenberg at an October ceremony.

On Saturday President Donald Trump signed a $738 defense bill authorizing the creation of establishing the U.S. Space Force as the sixth branch of the military. That bill follows a February directive from the President to create the Force, but it also requires that existing military personnel be reassigned to create the force.