Oct. 24 (UPI) -- The formal recognition of Joint Task Force-Space Defense this week assigned the command its mission to defend and protect space assets.

Earlier this month, the Combined Force Space Command was recognized as the mission utilizing space assets to provide effects for warfighting units across the globe. Together the JTF-SD and the CFSC comprise the two subordinate commands of the U.S. Space Command, or USSPACECOM, whose chief, Gen. John Raymond, spoke at the JTF-SC ceremony at Schriever AFB, Colo. on Monday.

"All joint task forces, from anti-piracy to space, operate in complex strategic environments," Raymond said at the recognition ceremony on Monday. "That is exactly what the space domain is: complex. New risks have emerged, but we have very clear marching orders. This first-of-its-kind operational command will protect and defend U.S., allied, partner and commercial assets and interests in space."

The JTF-SD will execute missions through its operations center, the National Space Defense Center, space situational awareness units and emerging space defense units. Its commander is Army Brig. Gen. Thomas L. James, who has served in space-related assignments for 19 years.

"Is there a growing threat in the space domain -- yes," James said at the ceremony. "Space is integral to every military operation today, and with this task force, we transition from being the supporter in the fight to the supported warfighter to take on those threats."

The Space Command became the Defense Department's 11th combatant command with announcement of its establishment on Aug. 29, drawing forces from other military branches to defend U.S. interests in space.

A joint concept of operation, giving the Space Command and the National Reconnaissance Office a unified command structure, headquartered in Colorado Springs, Colo., was unveiled by Acting Director of National Intelligence Joseph Maguire several days before the official stand-up of the Space Command.

Defense News // 22 hours ago
Three USAF bombers to perform flyover at Super Bowl
Jan. 25 (UPI) -- For the first time, three different bombers will form the flyover at the Super Bowl, scheduled for Feb. 7 at Raymond James Stadium in Tampa, the U.S. Air Force announced on Monday. 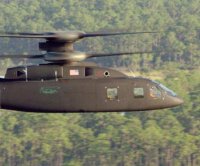 Defense News // 22 hours ago
Sikorsky, Boeing unveil plans for new 'Defiant X,' to replace Black Hawk
Jan. 25 (UPI) -- Details of the Defiant X helicopter, designed by Sikorsky and Boeing as a replacement for the UH-60 Black Hawk helicopter, were revealed by the companies on Monday. 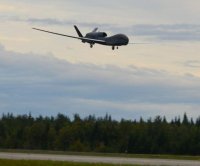