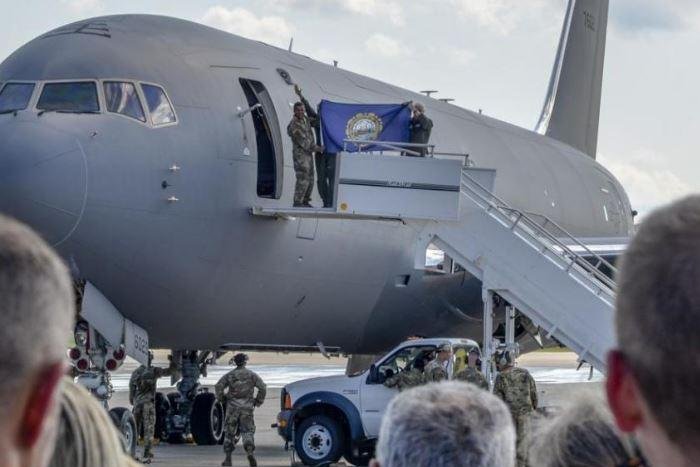 The deal, announced Friday by the Department of Defense, calls for exercise of a contract option to build the additional aircraft, as well as supply two spare engines, five wing refueling pod kits, spare parts and support equipment.

Work on the contract will be performed in Seattle, Wash., and is expected to be completed by March 2023.

The Air Force plans to purchase 179 such aircraft, known as the Pegasus, by 2027, and Japan's air defense force has purchased four.

The plane is a military aerial refueling and strategic military transport aircraft with origins in the Boeing 767 passenger plane, capable of midflight refueling of fighter planes and other aircraft.

Designed to replace the Boeing KC-135 Stratotankers, the Air Force acquired its first KC-46 in January 2019.

The plane's development has a troubled history. Boeing received a $55.5 million contract in August to redesign the plane's boom telescope actuator, which controls the device that swings out from beneath the plane to refuel other planes.

The tankers were grounded in March for one week after the Air Force said it found loose tools and other foreign object debris inside the completed airplanes. The issues came just weeks after the company delivered the first two aircraft to the Air Force, and Boeing called the problem "a big deal" in an internal memo in February.

These and other issues caused the plane's development program, and delivery of the first 18 planes, to be three years behind schedule. Pease Air National Guard Base, N.H., became the first guard base to receive a KC-46 plane in August.