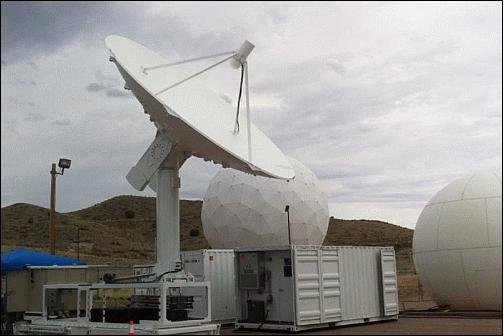 Work is expected to be complete Jan. 31, 2026 at Kirtland as well as Schriever Air Force Base in Colorado. Fiscal 2019 operations and maintenance funds in the amount of $1.5 million have been obligated at the time of award.

RELATED Britain to spend $1.3M for satellite antennas in light of Brexit

SAIC, which based in Reston, Va., submitted a bid before announcing the merger with Engility for $2.5 billion in September to expand the company's space services portfolio.

Lockheed Martin, the prime contractor for EDIS until spring 2019, also bid for the contract.

Space News reported the Air Force wants to transform the ground-based system into "enterprise architectures" with multiple satellites without designing a new ground segment. This includes the ability to operate any vendor or government-developed satellite.

An enterprise ground system would make it faster and less expensive to test experimental satellites, the Air Force has said, as the military faces new threats in space.

"These capabilities are critical to achieving a resilient EGS and the agility needed to survive the new realities of space," said Larry Lind, vice president of Kratos Federal Program.

"In the past, the demonstration of a new satellite ground command and control station has taken months and in many cases years to execute. The test and demonstration of this first live contact run out of the Space Mission Battle Lab was made possible in less than three weeks and its success validated TRL 8 readiness of Kratos EGS technology."