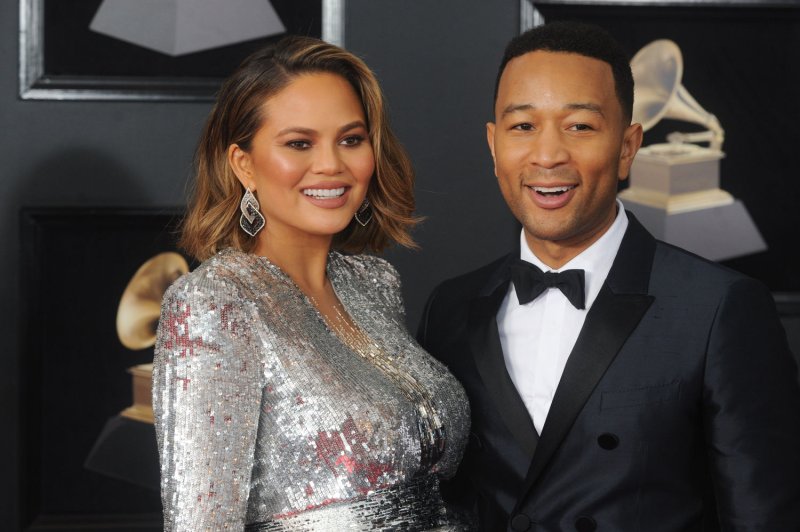 July 3 (UPI) -- Chrissy Teigen shared a new photo with her children Monday after deliberating over which picture to post.

The 32-year-old model and television personality shared a snapshot with 2-year-old daughter Luna and 6-week-old son Miles, her children with John Legend, following a beachside outing.

The photo shows Teigen holding a distracted Luna and crying Miles on the deck of a restaurant. She joked about her children's disinterest in the caption.

The Sports Illustrated model also posted a video of herself and Luna visiting a Sephora store. She pointed out her ad campaign for Becca Cosmetics to her nonplussed daughter.

"she does not care," the star captioned the clip.

she does not care

Teigen gave birth to Miles in May after announcing her pregnancy in November. She discussed in vitro fertilization with her Twitter followers in June after a fan asked if Miles, like Luna, was conceived via IVF.

"Yep, he was on ice a smidge longer," the model responded. "Science and the human body are beautiful."

"I wasn't offended by [the question]," she added. "People are just curious and I think hearing success stories gives people hope. I'm all for talking about IVF."

Entertainment News // 35 minutes ago
Tom Hanks announces first novel will be published next year
Sept. 27 (UPI) -- Tom Hanks's first novel, and his second piece of fiction writing, is due out next year and has been described by its publisher as a "wildly ambitious" story about the making of a film.

Teresa Giudice gets the boot on 'Dancing with the Stars'