Wilson again is given the reins

WASHINGTON -- In an open carriage drawn by four horses, in true colonial fashion, President Wilson at 11 o'clock drove through the great iron gates of the White House, down Pennsylvania avenue, between massed lanes of frantic Americans, to the Capitol, where, after witnessing the swearing-in of his second in command. Vice President Marshall, he was to take his formal oath of office.

Mrs. Wilson, following the precedent set by Mrs. Taft, rode to the Capitol with her husband.

The President's carriage was surrounded by a personal escort of the Second cavalry and was followed the Vice-President's carriage, also drawn by four horses, escorted by the famous black horse troop of the Culver Military Institute of Indiana, Marshall's home state.

As the small party clattered down the flag decked way, storms of cheers followed him along the historic way. The President frequently arose and, hat in hand, acknowledged the acclamation.

Immediately afterward they proceeded under a distinguished escort of Congressmen to the Senate chamber. Mrs. Wilson and Mrs. Marshall were escorted to a specially prepared section of the Senate gallery, to witness the ceremony of swearing in the Vice President and the new senators. Custom forbids the floor of the Senate to women of all ranks.

Arriving at the Senate Chamber, an attendant announced: "THE PRESIDENT OF THE UNITED STATES."

President Wilson entered and, proceeding to the front of the chamber, was seated before the great marble rostrum of the Vice-President.

Here Senator Saulsbury of Delaware, President pro tempore of the senate, administered the oats of office to the Vice-President.

As the brief ceremony, which inducted her husband into the second highest office the nation can afford, was completed, Mrs. Marshall, from the gallery, waved a tiny handkerchief down the Vice-President.

The Vice-President then assumed his chair as President of the Senate, and in turn administered the oath of fidelity to incoming senators. There were 32 Senators-elect or re-elected Senators to take the oath.

Following the ceremonies in the Senate chamber, the President followed by the entire company, proceeded to the East Portico of the Capitol, where the final swearing-in of the president was to be held.

A vast expanse of flag-draped stands completely covered the side of the great building.

Wave after wave of applause swept the stands as 1200 midshipmen from the United States Naval Academy swung up the avenue in close formation. Uncle Sam's embryo. Admirals -- 400 more of them this year than at the Presidents first inaugural -- were in full uniform, their heavy blue sea coats, brass buttons and white gloves Dresentina- a striking met ore. And for sea-fighters, they found their "land legs" very well as line after line passed in perfect formation.

Coming abreast of the Presidential stand the middies saluted and received from President Wilson a cordial acknowledgment. Mrs. Wilson and Cabinet ladies with her waved their handkerchiefs enthusiastically.

The middies were followed by the West Point cadet corps 700 strong in full regimental regalia. Their historic gray pea-jacket uniforms crossed over the chest with white straps, and the tall grenadier caps, brought forth enthusiasm! Six companies of the young officers swept by President Wilson who also greeted them cordially.

Arriving on the Presidential stand the President, flanked by the justices of the supreme Court, Governors of States, Senators and Representatives, Ambassadors and Ministers Plenipotentiary of foreign governments, ranking officers of the land and naval forces of the United States and members of his cabinet, received the oath from Chief Justice White of the Supreme Court.

From the President's appearance until the assembled company was seated and the Chief Justice rose to administer the final ceremony, continuous applause swept around the stand. Hundreds of thousands of people massed the great plaza, overflowing into the Capitol grounds in a great surging sea of humanity.

As the president, however, facing the Chief Justice, repeated the words permited only to the nation's highest, the applause seemed to die away, and as the first citizen raised his hand in solemn assent, there was silence among the thousands.

Soon, however, the crowd burst the leashes of reserve and as the president stepped forward to deliver his inaugural address -- his second -- he was forced to pause to acknowledge the tribute.

Following his address, the President, Mrs. Wilson, and the Vice President and Mrs. Marshall returned up Pennsylvania avenue at a brisk gallop to the White House, where they were refreshed by a liqht luncheon before entering the reviewing stand.

At the President'3 departure from the Capitol, the great procession started to form and move slowly westward toward the Executive Mansion. 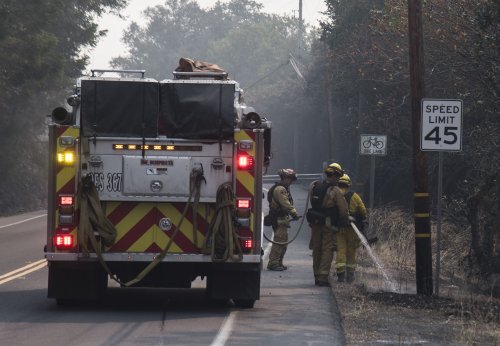 World News // 3 hours ago
India surpasses milestone 4,000 deaths in a single day
May 8 (UPI) -- India set a new national record Saturday of more than 4,000 deaths from COVID-19 in the previous 24 hours, according to the health ministry.

Health News // 10 hours ago
A little alcohol may help the heart by lowering stress, study says
A bit of booze may help protect your heart by reducing stress-related brain activity, a new study suggests. 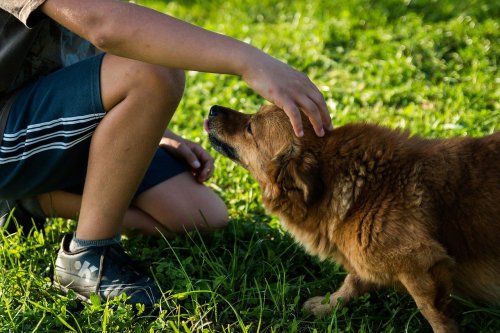 Science News // 10 hours ago
Fear may be the reason dogs bark, bite at some people, study says
That growling dog may actually be terrified of you. Fear and age-related pain are among the reasons why dogs are aggressive toward people, a new study suggests. 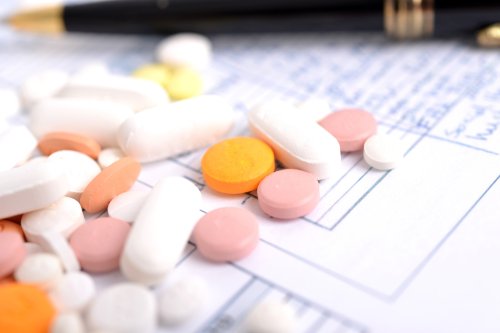