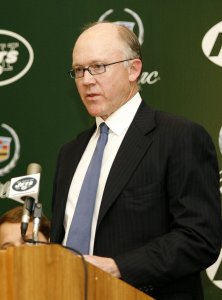 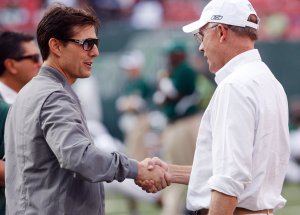 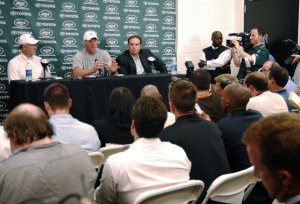 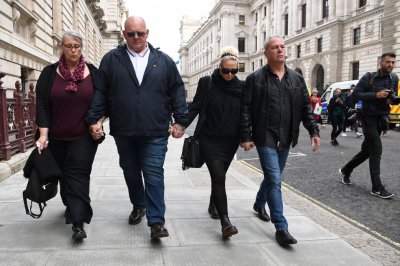 World News // 1 year ago
U.S. refuses to return diplomat's wife to Britain over traffic death
The U.S. government says it won't send the wife of an American diplomat to Britain to face charges in the death of a man she hit in a traffic accident last year.

World News // 2 years ago
Trump in Britain to meet with May, queen after shaking up NATO summit
President Donald Trump arrived in London Thursday, where he'll attend a state dinner and meet with British leader Theresa May and Queen Elizabeth II. 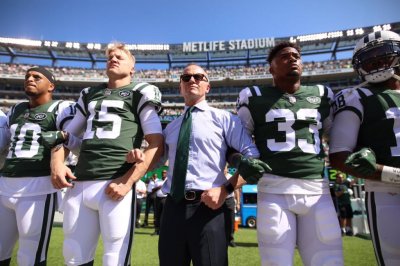 NFL // 3 years ago
Sunday showdown: Every NFL player, owner reactions to Donald Trump from early games
Based on dramatic reactions in the National Football League, especially during Sunday's pregame ceremonies, it appears that President Donald Trump managed to bring together league officials, team owners and players. 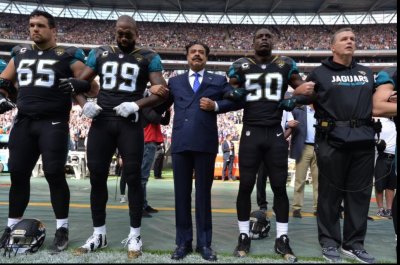 NFL // 3 years ago
New York Jets head coach Todd Bowles might be on hot seat
If you're so inclined, you can actually wager legally in Las Vegas sportsbooks on the first NFL coach to be fired this season.

Sports News // 3 years ago
New York Jets among favorites -- to win top draft pick
FLORHAM PARK, N.J. -- New York Jets head coach Todd Bowles is notorious as a man of few words, but he didn't need to say much to convey his message to players when OTAs ended June 15.

When I became owner of the team in 2000, I pledged that my highest priority was to bring the Jets back to where they belong, right here in Manhattan

My daughter has juvenile diabetes, and about 10 years ago I became chairman of the Juvenile Diabetes Research Foundation

We're at a running rate of about $15 million right now

Robert Wood "Woody" Johnson IV (born April 12, 1947) is an American businessman and philanthropist. He is a great-grandson of Robert Wood Johnson I (co-founder of Johnson & Johnson), and the owner of the New York Jets.

Johnson was born in New Brunswick, New Jersey. His father was Robert Wood Johnson III, president of Johnson & Johnson for four years, and his mother was Betty Wold Johnson. Johnson grew up with four siblings: Keith Johnson, Billy Johnson, Elizabeth "Libet" Johnson, and Christopher Wold Johnson. He graduated from Millbrook School and the University of Arizona.

Johnson became involved in charitable organizations full time in the 1980s. He is a member of the Council on Foreign Relations. His family has been affected by both lupus and juvenile diabetes, which motivated Mr. Johnson to take a role in raising funds to prevent, treat, and cure autoimmune diseases. He has led efforts on Capitol Hill and at the National Institutes of Health to increase research funding for lupus, diabetes, and other autoimmune diseases. and personally contributed to causes related to diabetes, after his daughter Casey was diagnosed with the disease. He also started a research foundation, the Alliance for Lupus Research, after his daughter Jaime was found to have lupus.

FULL ARTICLE AT WIKIPEDIA.ORG
This article is licensed under the GNU Free Documentation License.
It uses material from the Wikipedia article "Woody Johnson."
Back to Article
/