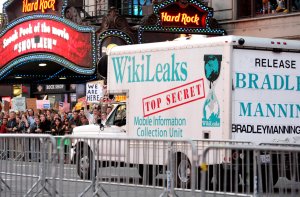 World News // 5 months ago
Judge threatens to remove Assange on 2nd day of extradition hearing
A British judge on Tuesday threatened to remove WikiLeaks co-founder Julian Assange from the courtroom during an extradition hearing after he interjected while a witness was being questioned. 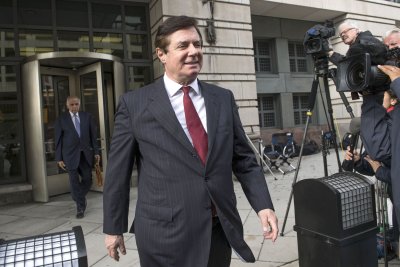 Top News // 6 months ago
On This Day: Ecuador grants asylum to Julian Assange
On Aug. 16, 2012, the Ecuadorean government said it was granting political asylum in its London Embassy to WikiLeaks founder Julian Assange. 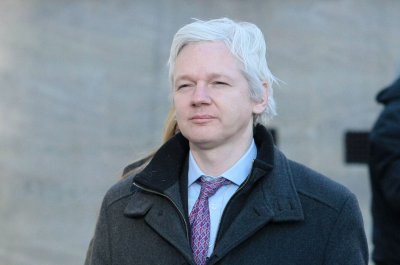 U.S. News // 6 months ago
Google tightens ad rules on hacked information
Google said Friday it will be more aggressive in countering hacked material and misinformation campaigns than in 2016, saying it will penalize websites and advertisers who take part in such efforts.

WikiLeaks is an international new media non-profit organization that publishes submissions of otherwise unavailable documents from anonymous news sources and leaks. Its website, launched in 2006, is run by The Sunshine Press. Within a year of its launch, the site claimed a database that had grown to more than 1.2 million documents. The organization has described itself as having been founded by Chinese dissidents, as well as journalists, mathematicians, and start-up company technologists from the United States, Taiwan, Europe, Australia, and South Africa. The Guardian newspaper describes Julian Assange, an Australian Internet activist, as its director.

WikiLeaks has won a number of awards, including the 2008 Economist magazine New Media Award. In June 2009, WikiLeaks and Julian Assange won Amnesty International's UK Media Award (in the category "New Media") for the 2008 publication of "Kenya: The Cry of Blood – Extra Judicial Killings and Disappearances", a report by the Kenya National Commission on Human Rights about police killings in Kenya. In May 2010, the New York Daily News listed WikiLeaks first in a ranking of "websites that could totally change the news".

In April 2010, WikiLeaks posted video from a 2007 incident in which Iraqi civilians and journalists were killed by U.S. forces, on a website called Collateral Murder. In July of the same year, WikiLeaks released Afghan War Diary, a compilation of more than 76,900 documents about the War in Afghanistan not previously available for public review. In October, the group released a package of almost 400,000 documents called the Iraq War Logs in coordination with major commercial media organisations. In November 2010, WikiLeaks began releasing U.S. State department diplomatic cables.

FULL ARTICLE AT WIKIPEDIA.ORG
This article is licensed under the GNU Free Documentation License.
It uses material from the Wikipedia article "Wikileaks."
Back to Article
/