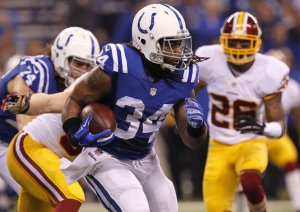 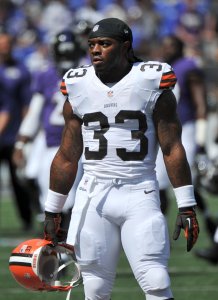 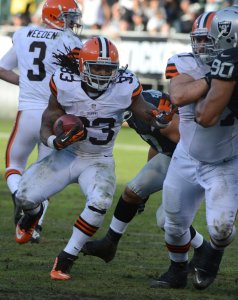 Sports News // 2 years ago
AAF files for Chapter 7 bankruptcy, owes about $9.6 million to creditors
The Alliance of American Football suspended its operations midway through the first season, and the league will now take the next step in bankruptcy court. 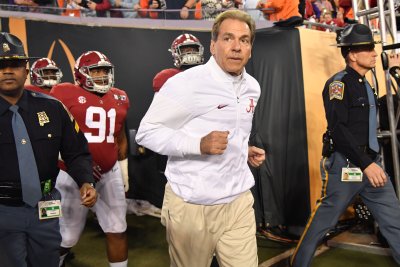 College Football // 3 years ago
Alabama Crimson Tide football 2017 season preview, breakout stars, players to watch
Alabama has the consensus No. 1 team in the nation, and the best part of the best team is its backfield.

Trent Richardson (born July 10, 1991) is an American football running back. He is currently beginning his junior year at the University of Alabama. As a true freshman with the Alabama Crimson Tide in 2009 he helped lead the Tide to an undefeated 14-0 season including a victory in the 2010 BCS National Championship Game.

Richardson attended Escambia High School in Pensacola, Florida, where he finished his senior season with 2,090 yards on 228 carries scoring 25 touchdowns. In a game against Milton High School in September 2008, Richardson rushed for 419 yards on 29 carries and scored six touchdowns, a performance that earned him a selection as the first ESPN RISE National Football Player of the Week.

As a junior, Richardson also reached the 400-yard plateau, as he ran for 407 yards in his opening game against Tate High School. He finished his junior season (8 games) with 1,390 yards and 13 touchdowns, and received FSWA All-State 5A second team honors. He sat out his sophomore year due to an injury.

FULL ARTICLE AT WIKIPEDIA.ORG
This article is licensed under the GNU Free Documentation License.
It uses material from the Wikipedia article "Trent Richardson."
Back to Article
/