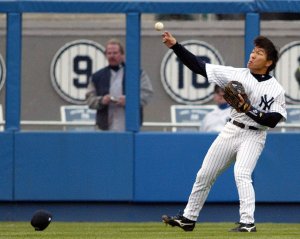 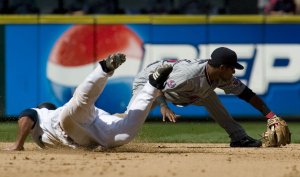 Hunter has taken away many home runs throughout his 11-year baseball career by "climbing the fence" in the outfield. He has won nine consecutive Gold Glove Awards as an outfielder.

Hunter resides during the off-season in the Dallas-Fort Worth Metroplex suburb of Prosper, Texas. He is a cousin of former MLB outfielder Choo Freeman. Despite the same spelling, Hunter was not named after torii, the gates to a Japanese Shinto shrine. Hunter says jokingly, "I think, when my mom filled out the paperwork after I was born, she accidentally put two 'I's."

FULL ARTICLE AT WIKIPEDIA.ORG
This article is licensed under the GNU Free Documentation License.
It uses material from the Wikipedia article "Torri Hunter."
Back to Article
/