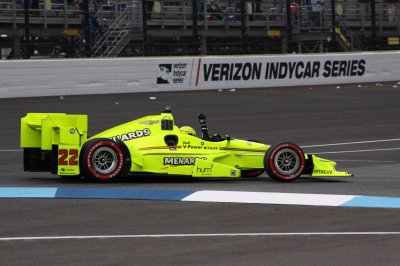 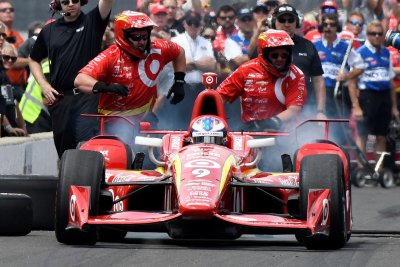 Sports News // 3 years ago
Scott Dixon uses extra lap to win Indy Toronto pole
Scott Dixon took advantage of a bonus lap in qualifying on Saturday and used it to win the pole position for the Honda Indy Toronto.

Sports News // 3 years ago
Andretti Autosport aims to continue IndyCar success in Iowa
NEWTON, Iowa -- The IndyCar Series rolls into corn country this weekend with the very strong likelihood of Andretti Autosport being fed a lot of success.

Sports News // 3 years ago
Will Power holds off Tony Kanaan for victory at Road America
ELKHART LAKE, Wis. -- Will Power wasn't going to be denied in IndyCar's return to the popular Road America circuit.

Sports News // 3 years ago
Alexander Rossi believes IndyCar championship is within reach
DETROIT - No stranger to moving fast, Alexander Rossi's existence has been a whirlwind since winning the Indianapolis 500. 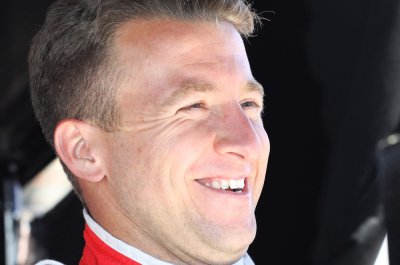 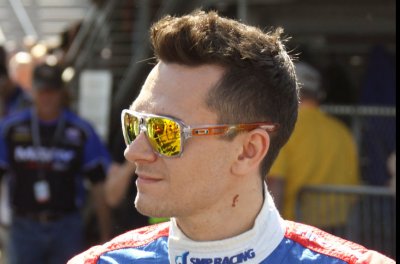 Sports News // 3 years ago
Mikhail Aleshin pours it on to win Rolex 24 Hours pole in rain
Driving a new Prototype developed and built in his native Russia, IndyCar driver Mikhail Aleshin won the top starting spot for the Rolex 24 at Daytona.

Antoine Rizkallah Kanaan Filho, commonly known as Tony Kanaan (born December 31, 1974 in Salvador, Brazil) is a Brazilian race car driver of Lebanese heritage. Kanaan won the 2004 Indy Racing League IndyCar Series championship driving Andretti Green Racing's 7-Eleven sponsored car, winning three times in his Honda-powered Dallara. That season he completed 3,305 laps, making him the first IndyCar Series driver to complete every possible lap in a season. He also led 889 laps in 13 separate races to establish an IndyCar Series record. Kanaan is also the only driver to lead the Indianapolis 500 in each of his first seven starts, though he has yet to win this flagship event. He has a total of 14 IRL race victories. Kanaan was released from Andretti Autosport in October 2010 after 7-Eleven announced it would not return as his primary sponsor in 2011. After initially signing on with de Ferran Dragon Racing, the team shut down when sponsorship could not be materialized. Kanaan currently drives the 82 for KV Racing Technology - Lotus.

Kanaan started his driving career in Italy and won the 1994 Formula Europa Boxer title for Cram Competition using a Tatuus. After a season in Italian F3 he migrated to the US and was the 1997 Indy Lights champion, driving for Tasman. In 1999 he scored his first major victory in the Champ Car World Series by winning the U.S. 500 at Michigan International Speedway for Forsythe Championship Racing. After the Forsythe team lost their McDonald's sponsorship package, Kanaan moved on to Mo Nunn's start-up team for the next three years before moving on to the IRL.

Following his championship season, in 2005 he placed second in the championship to his teammate Dan Wheldon. That year, he won his first pole position for the Indianapolis 500 to add to his finishes of second, third, fifth and eighth in the event. Winning the Indianapolis 500 remains one of the few holes in his resume. In September 2005 he tested a Formula One car with the BAR-Honda Team at Jerez as a reward for his 2004 IRL championship in a Honda powered car.

FULL ARTICLE AT WIKIPEDIA.ORG
This article is licensed under the GNU Free Documentation License.
It uses material from the Wikipedia article "Tony Kanaan."
Back to Article
/