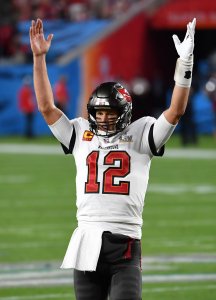 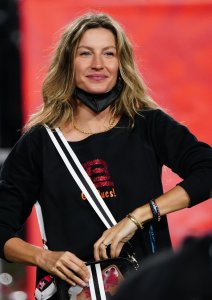 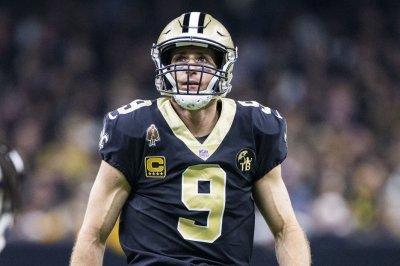 I don't think it matters if Drew is coming back. It doesn't matter

Thomas Edward Patrick "Tom" Brady, Jr. (born August 3, 1977) is an American football quarterback for the New England Patriots of the National Football League (NFL). After playing college football at Michigan, Brady was drafted by the Patriots in the sixth round of the 2000 NFL Draft.

He has played in four Super Bowls, winning three of them (XXXVI, XXXVIII, XXXIX). He has also won two Super Bowl MVP awards (XXXVI and XXXVIII), has been selected to six Pro Bowls (and invited to seven, although he declined the 2006 invitation), and holds the NFL record for most touchdown passes in a single regular season. His career postseason record is 14–5. He also helped set the record for the longest consecutive win streak in NFL history with 21 straight wins over two seasons (2003–04), and in 2007 he led the Patriots to the first undefeated regular season since the institution of the 16-game schedule. Brady has the fifth-highest career passer rating of all time (95.5) among quarterbacks with at least 1,500 career passing attempts. He, along with Joe Montana, are the only two players in NFL history to have won multiple NFL MVP and Super Bowl MVP awards (2 NFL MVPs, 2 Super Bowl MVPs).

He was named Sports Illustrated's Sportsman of the Year in 2005, and was named "Sportsman of the Year" by The Sporting News in 2004 and 2007. He was also named the 2007 and 2010 NFL MVP (becoming in the 2010 season the first player to be unanimously chosen as MVP) as well as 2007 Male Athlete of the Year by the Associated Press, the first time an NFL player has been honored since Joe Montana won in 1990.

FULL ARTICLE AT WIKIPEDIA.ORG
This article is licensed under the GNU Free Documentation License.
It uses material from the Wikipedia article "Tom Brady."
Back to Article
/