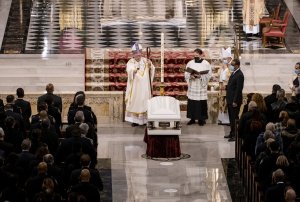 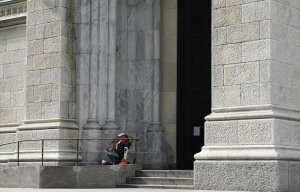 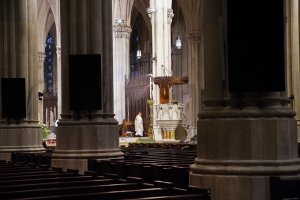 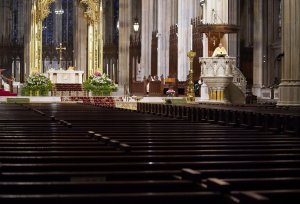 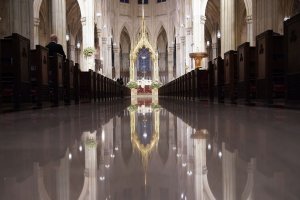 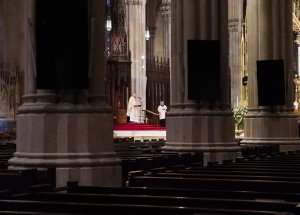 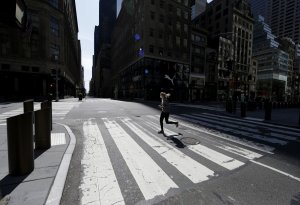 U.S. News // 4 months ago
Pope Francis sends condolence message to victims of Bronx fire
Pope Francis sent a telegram to Cardinal Timothy Dolan, the Archibishop of New York, with condolences for the Bronx apartment fire that killed at least 17 people.

U.S. News // 2 years ago
Churches move online, fight to stay open for Easter amid pandemic
Some church services moved online, while others pushed back against state restrictions to stay open on Easter Sunday amid the global COVID-19 pandemic.

U.S. News // 3 years ago
Attorneys identify more than 100 accused of sex abuse in N.Y. archdiocese
Attorneys for victims who've made sex abuse accusations against clergy in the Catholic Church have named four clerics in the case, and are demanding more be identified.

U.S. News // 5 years ago
Donald Trump inauguration schedule of events, performers and inaugural balls
The inauguration of President Donald Trump features a long list of official and semi-official events and celebrations, plus more than a few protests. Marie Osmond offers to perform at main event.

U.S. News // 5 years ago
Cardinal Dolan: Clinton, Trump were courteous off stage at Al Smith Dinner
Cardinal Timothy Dolan said Hillary Clinton and Donald Trump made a genuine effort off stage to be courteous to one another.

U.S. News // 5 years ago
Clinton, Trump face off again at Al Smith Dinner
A day after their final debate, Donald Trump and Hillary Clinton were in the same room again Thursday night at the Al Smith Dinner in New York.

U.S. News // 6 years ago
Officials try to suppress resale of pope tickets on 40th anniversary of American saint
Officials are trying to crack down on unofficial resales of tickets to see Pope Francis on his trip to the East Coast next week, which are being scalped online.

What is a boy from Ballwin, Mo., doing in the Big Apple

Timothy Michael Dolan (born February 6, 1950) is an American prelate of the Roman Catholic Church. He is the tenth and current Archbishop of New York, having previously served as Archbishop of Milwaukee from 2002 to 2009.

The eldest of five children, Timothy Dolan was born in St. Louis, Missouri, to Robert (d. 1977) and Shirley (née Radcliffe) Dolan. His father was an aircraft engineer, working as a floor supervisor at McDonnell Douglas. He has two brothers, one of whom is a former radio talk-show host, and two sisters. The family later moved to Ballwin, where they attended Holy Infant Church. He exhibited a strong interest in the priesthood from an early age, once saying, "I can never remember a time I didn’t want to be a priest." He would also pretend to celebrate Mass as a child.

Dolan entered St. Louis Preparatory Seminary South in Shrewsbury in 1964, and later obtained a Bachelor of Arts degree in philosophy from Cardinal Glennon College. He was sent by John Cardinal Carberry to further his studies in Rome, where he attended the Pontifical North American College and the Angelicum, earning a Licentiate of Sacred Theology.

FULL ARTICLE AT WIKIPEDIA.ORG
This article is licensed under the GNU Free Documentation License.
It uses material from the Wikipedia article "Timothy Dolan."