Top News // 10 months ago
On This Day: Ecuador grants asylum to Julian Assange
On Aug. 16, 2012, the Ecuadorean government said it was granting political asylum in its London Embassy to WikiLeaks founder Julian Assange.

Top News // 10 months ago
The Almanac
On Aug. 16, 2012, the Ecuadorean government said it was granting political asylum in its London Embassy to WikiLeaks founder Julian Assange.

NFL // 2 years ago
Report: Former OSU star Bosa to be ready for pre-draft workouts
Former Ohio State defensive end Nick Bosa should be healthy enough to participate in workouts prior to the NFL Draft.

College Football // 2 years ago
Bosa to withdraw from Ohio State, focus on draft
Ohio State junior defensive end Nick Bosa will withdraw from school to rehab an injury and prepare for the 2019 NFL Draft, the school announced Tuesday. 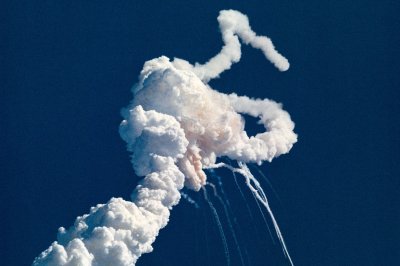 Saint Thomas Aquinas, O.P., also Thomas of Aquin or Aquino; (Aquino, 1225 – Fossanova, 7 March 1274) was an Italian priest of the Catholic Church in the Dominican Order, and an immensely influential philosopher and theologian in the tradition of scholasticism, known as Doctor Angelicus (the Angelic Doctor) and Doctor Communis or Doctor Universalis (the Common or Universal Doctor). "Aquinas" is not a surname (hereditary surnames were not then in common use in Europe), but is a Latin adjective meaning "of Aquino", his place of birth. He was the foremost classical proponent of natural theology, and the father of the Thomistic school of philosophy and theology, which is named after him. His influence on Western thought is considerable, and much of modern philosophy was conceived as a reaction against, or as an agreement with his ideas, particularly in the areas of ethics, natural law and political theory.

Thomas is held in the Catholic Church to be the model teacher for those studying for the priesthood. The works for which he is best-known are the Summa Theologica and the Summa Contra Gentiles. One of the 33 Doctors of the Church, he is considered the Church's greatest theologian and philosopher. Pope Benedict XV declared: "The Church has declared Thomas' doctrines to be her own."

Thomas was born in Aquino c. 1225, according to some authors in the father Count Landulf of Aquino's castle placed in Roccasecca, in the same Contea di Aquino (Kingdom of Sicily, in the present-day: Lazio). Through his mother, Theodora Countess of Theate, Thomas was related to the Hohenstaufen dynasty of Holy Roman emperors. Landulf's brother Sinibald was abbot of the original Benedictine abbey at Monte Cassino. While the rest of the family's sons pursued a military career, the family intended for Thomas to follow his uncle into the abbacy; this would have been a normal career path for a younger son of southern Italian nobility.

FULL ARTICLE AT WIKIPEDIA.ORG
This article is licensed under the GNU Free Documentation License.
It uses material from the Wikipedia article "Thomas Aquinas."
Back to Article
/