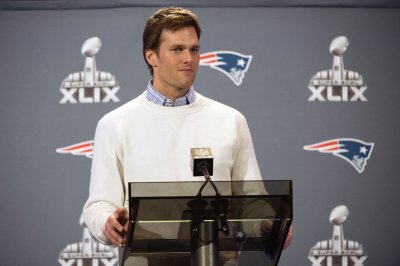 I was disguising it. When I came down, I didn't even look to my side and I knew I had him

Tebucky Shermain Jones (born October 6, 1974 in New Britain, Connecticut) is a former American football safety in the National Football League. His career began when he was drafted out of Syracuse University in the first round of the 1998 NFL Draft by the Patriots. He is probably best known for his role on the 2001 New England Patriots team that won Super Bowl XXXVI (he picked up a Kurt Warner fumble in the fourth quarter and raced 97 yards for an apparent touchdown, only to have the play reversed on a holding call). He has also played for the Miami Dolphins and the New Orleans Saints. Jones currently resides in Farmington, Connecticut. He is also now the Defensive Backs Coach for the New Britain Golden Hurricanes, his Former high school team.

Jones attended New Britain High School in New Britain, Connecticut and was a student and a letterman in football, basketball, and track. In football, he was named as the 1993 USA Today Connecticut State Player of the Year.

On August 1st, 2008, Jones was arrested at the Mohegan Sun casino after he allegedly had “inappropriate contact” with a woman in the lobby, then punched her boyfriend in the face .

FULL ARTICLE AT WIKIPEDIA.ORG
This article is licensed under the GNU Free Documentation License.
It uses material from the Wikipedia article "Tebucky Jones."
Back to Article
/