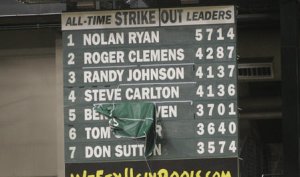 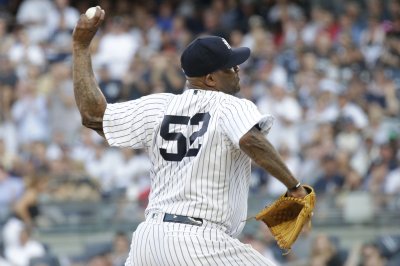 MLB // 2 years ago
Yankees' CC Sabathia back in Cleveland facing Indians
On April 8, 2001, 20-year-old CC Sabathia made the first start of his major league career, at Progressive Field.

MLB // 3 years ago
Michael Wacha, St. Louis Cardinals outlast Washington Nationals
Adrian Sanchez was batting in the majors for the first time. Matt Bowman was trying to secure his first big league save.

Top News // 3 years ago
The Almanac
On Dec. 22, 1944, ordered to surrender by Nazi troops who had his unit trapped during the Battle of the Bulge, Gen. Anthony McAuliffe of the U.S. 101st Airborne Division replied with one word: "Nuts!" 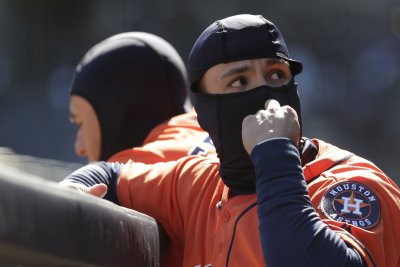 MLB // 4 years ago
American League: Top picks for MVP, Cy Young, Rookie of the Year, Manager of the Year
With the mathematical midpoint of the season still big in the rearview mirror and the All-Star Game break coming up fast, it is a perfect time to take stock of the race for baseball's big awards. Here then are our choices if we had to pick them today.

Steven Norman Carlton (born December 22, 1944) is a former left-handed pitcher in Major League Baseball, from 1965 to 1988. He was elected to the Baseball Hall of Fame in 1994. He was affectionately known to Philadelphia fans as "Lefty". He played the most number of years for the Philadelphia Phillies, receiving his greatest acclaim as a professional and winning four Cy Young Awards. In addition, Carlton spent time with the St. Louis Cardinals, Chicago White Sox, San Francisco Giants, Cleveland Indians and Minnesota Twins.

Carlton has the second-most lifetime strikeouts of any left-handed pitcher (4th overall), and the second-most lifetime wins of any left-handed pitcher (11th overall). He was the first pitcher to win four Cy Young Awards in a career. He held the lifetime strikeout record several times between 1982 and 1984, before his contemporary Nolan Ryan passed him. One of his most remarkable records was accounting for nearly half (46%) of his team's wins, when he won 27 games for the last-place (59-97) 1972 Phillies. He is still the last National League pitcher to win 25 or more games in one season, as well as the last pitcher from any team to throw more than 300 innings in a season. He also holds the record with the most career balks of any pitcher, with 90 (double the second on the all time list, Bob Welch).

Carlton was born and reared in Miami, Florida, where he played little league and American Legion baseball during his youth. He attended North Miami High School, and later Miami-Dade Community College. In 1963, while a student at Miami-Dade, he signed with the St. Louis Cardinals for a $5,000 bonus.

FULL ARTICLE AT WIKIPEDIA.ORG
This article is licensed under the GNU Free Documentation License.
It uses material from the Wikipedia article "Steve Carlton."
Back to Article
/