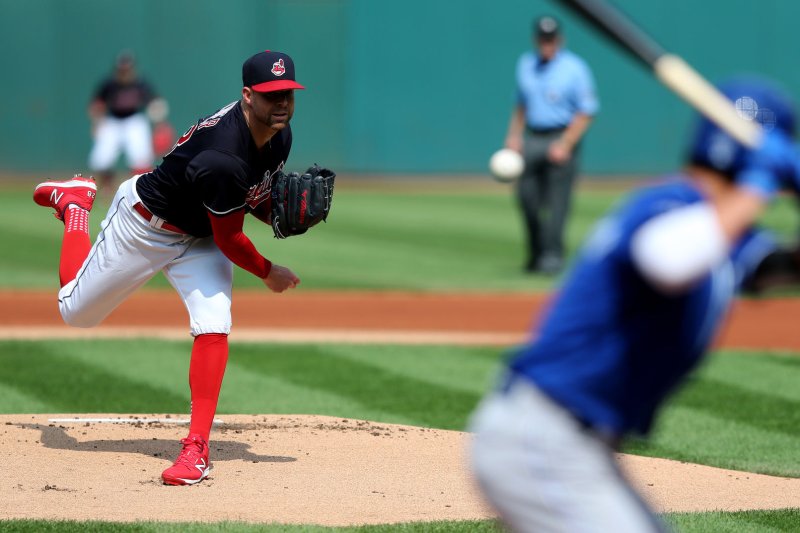 Since then, the careers of the two 31-year-old right-handers have taken different paths. That was strikingly evident last year, when Cleveland's Kluber earned his second Cy Young while Hernandez, the longtime Seattle ace, battled injuries and pitched fewer than 100 innings.

They'll face off again Thursday, when the Mariners host the Indians to open the season.

There was little doubt Kluber would start after going 18-4 last year with a major league-leading 2.25 ERA.

"I just told him in the first one-on-one (meeting of the spring)," Indians manager Terry Francona told MLB.com. "I just said, 'Hey, get ready for Opening Day.' I think he kind of knows.

"I think when you've got a guy who's won the Cy Young a couple of times, and the way he works, it's an easy choice."

That wasn't necessarily the case for Mariners manager Scott Servais. Left-hander James Paxton turned into the team's No. 1 starter last season in Hernandez's absence. And King Felix was limited to five innings this spring after being hit in his right forearm by a line drive in his first start.

"Looking at the big picture here, it's not about one game," Servais told The Seattle Times. "Our season is 162 (games) and Felix has earned the right. He is healthy, he's had a good spring training other than the fact he hasn't thrown a lot of innings. Everything else we have asked him to do has been off the charts and I am excited to get him out there."

This will be Hernandez's 11th Opening Day start and his 10th straight. The only pitchers in baseball history with streaks longer than 10 are Jack Morris (14), Robin Roberts (12) and Tom Seaver (12).

"It's an honor. Ten straight with one team," Hernandez said after learning the news Sunday. "It's really, really, really an honor for me. You are starting a new season and they are giving the ball to me and I appreciate that."

"That means it's pretty good, no?" Hernandez said. "To be there with all those guys, it's an honor."

He'll face a tough task against an Indians team that won 102 games last season, including a league-record 22-game winning streak, and won the AL Central for the second consecutive season. Cleveland fell just short of winning the 2016 World Series before an early playoff exit last year.

"I think talent-wise and experience-wise, we match up with anybody," Indians reliever Andrew Miller told MLB.com. "It's a long road, but I think the expectation and the goal here is to try to get back to the (World Series) and win the last game of the year."

"We all know Felix is an adrenaline guy and he gets fired up when the house is full of fans and he feeds off it," said Servais, who admitted Hernandez would likely be on a pitch count of 80-85 because of his limited action this spring. "He'll handle it. But he is deserving of it and his track record speaks for itself."