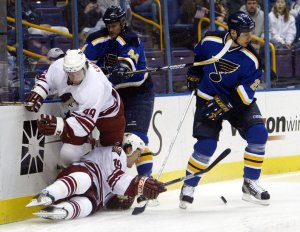 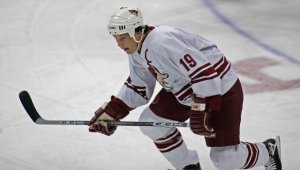 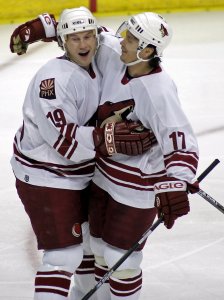 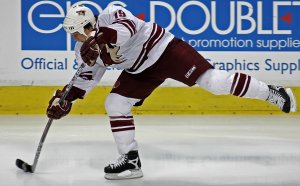 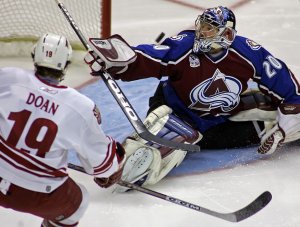 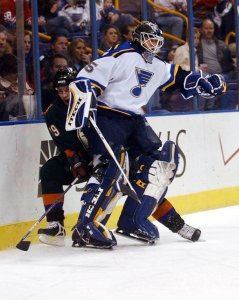 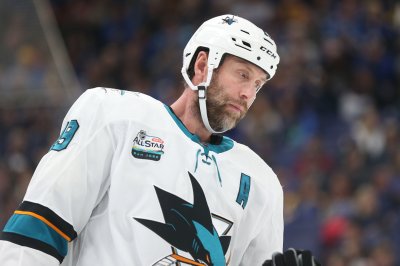 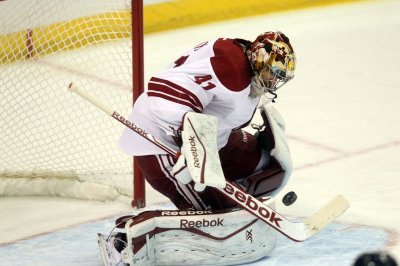 NHL // 3 years ago
Phoenix Coyotes halt Washington Capitals' six-game win streak
GLENDALE, Ariz. -- Washington Capitals coach Barry Trotz wanted at least a three-point lead over the Columbus Blue Jackets heading into Sunday's Metropolitan Division showdown with the Blue Jackets in Columbus. He'll have it, but not the way he would have scripted it.

I don't know how the puck ended up in a two on one, but obviously they were pressing, being down a goal, to create thing

Shane Albert Doan (born October 10, 1976) is a Canadian professional ice hockey forward and captain for the Phoenix Coyotes of the National Hockey League (NHL). Doan is the longest tenured player on the club, having played all fourteen of his NHL seasons with the Winnipeg Jets/Phoenix Coyotes franchise. He is also the last remaining Coyote to have played for the Jets.

Competing internationally for Team Canada, he has won two gold medals and two silvers at the World Championships, as well as one World Cup championship in 2004. He was also a member of Canada's 2006 Winter Olympic team.

After winning the Memorial Cup and Stafford Smythe Memorial Trophy as tournament MVP with the Kamloops Blazers in 1995, Doan was drafted by the Winnipeg Jets in the first round, seventh overall, in the 1995 NHL Entry Draft. He was the Jets' final first-round pick prior to the franchise moving to Phoenix. He immediately made the transition from major junior to the NHL in 1995–96 and tallied 17 points in his rookie season with the Jets. After the Jets relocated to Phoenix and became the Coyotes the following season, his points total did not improve greatly until the 1999–00 season when he scored 26 goals (the first of nine consecutive 20-goal campaigns for Doan).

FULL ARTICLE AT WIKIPEDIA.ORG
This article is licensed under the GNU Free Documentation License.
It uses material from the Wikipedia article "Shane Doan."
Back to Article
/