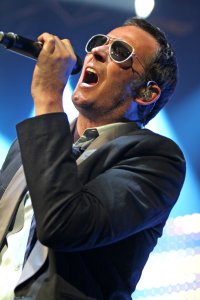 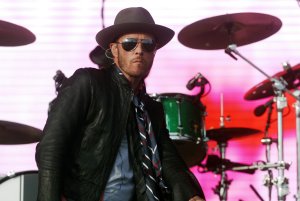 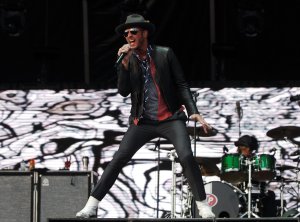 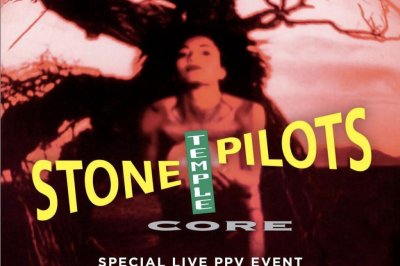 Music // 2 years ago
Jeff Gutt has 'zero trepidation' about first tour as STP front-man
Jeff Gutt said he feels prepared and confident about touring for the first time this summer as the lead singer of the rock band Stone Temple Pilots.

Entertainment News // 5 years ago
Scott Weiland died of an accidental drug overdose, say officials
Rocker Scott Weiland's Dec. 3 death on a tour bus was due to an accidental overdose of cocaine, ethanol and MDA. 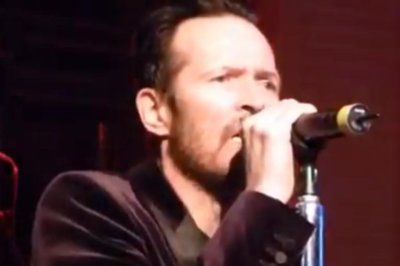 I find it humorous that the so-called four 'founding members' of Velvet Revolver ... would decide to move on without me after I had already claimed the group dead in the water on March 20 in Glasgow

Scott Weiland (born Scott Richard Kline on October 27, 1967) is an American musician, lyricist, and vocalist, most notably known for his work with Grammy Award-winning rock band Stone Temple Pilots, and also for his five-year career with supergroup Velvet Revolver. After a five-year hiatus, the STP reunion tour kicked off at the Rock on the Range festival in May 2008. He was the frontman of Velvet Revolver during his time away from STP, but parted ways with the band on April 1, 2008. Weiland's split from Velvet Revolver also led to his departure from the side-project band Camp Freddy. Weiland's second solo album, "Happy" in Galoshes, was released on November 25, 2008. Weiland supported the record with an early 2009 tour of the United States.

Weiland is one of the most successful frontmen to emerge from the 1990's. He is well-known for his flamboyant and energetic onstage persona and for constantly changing his appearance and vocal style. Weiland's life and career have been plagued with heroin addiction, as well as several arrests. However, according to MTV News, Weiland has been free from heroin since December 5, 2002.

Weiland was born as Scott Kline in Seattle, Washington. His surname was changed after being adopted by his stepfather David Weiland at age 5. Around that time, Weiland moved to Chagrin Falls, Ohio, where he attended the Kenston School District. He moved to California as a teenager and attended Edison High School in Huntington Beach.

FULL ARTICLE AT WIKIPEDIA.ORG
This article is licensed under the GNU Free Documentation License.
It uses material from the Wikipedia article "Scott Weiland."
Back to Article
/