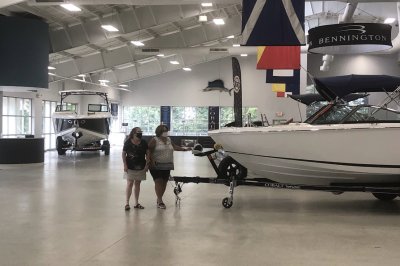 Entertainment News // 9 months ago
Royal Mail pays tribute to James Bond with new stamp collection
The United Kingdom's Royal Mail service has announced a new line of James Bond stamps just in time for the latest film in the series, "No Time To Die."

Movies // 3 years ago
James Bond actor Roger Moore dead at 89
Roger Moore, a British actor who played 007 in seven films, died May 23 in Switzerland after a short battle with cancer.

World News // 4 years ago
Prince Philip, Duke of Edinburgh, set for Britain-wide bash for 95th birthday
Britain's eldest royal male member will celebrate his 95th birthday this weekend in events that will also honor the life of his wife, Queen Elizabeth II. 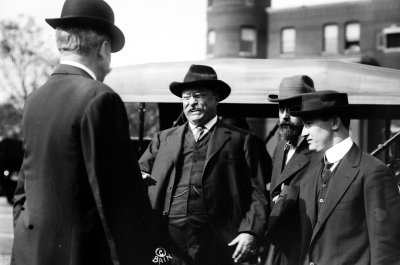 Top News // 5 years ago
The Almanac
On Oct. 14, 1912, former president Theodore Roosevelt was shot during a campaign stop in Milwaukee. T.R. refused treatment until he had finished his speech.

I'm the worst Bond, according to the Internet. Generally hated! I was too funny, too light. Didn't take it seriously enough

Moore was born in Stockwell, London (sometimes referred to by Moore in interviews as Saint Ockwell). The only child of George Moore, a policeman, and Lillian "Lily" (née Pope), a housewife, he attended Battersea Grammar School, but was evacuated to Holsworthy, Devon during World War II and was then educated at Dr Challoner's Grammar School. He then attended the College of the Venerable Bede at the University of Durham but never graduated. At 18 years old, shortly after the end of the war, Moore was conscripted for National Service. He was commissioned as an officer and eventually became a Captain. Moore served in the Royal Army Service Corps, commanding a small depot in West Germany. He later transferred to the entertainment branch (under luminaries such as Spike Milligan), and immediately prior to his National Service, there was a brief stint at RADA (the Royal Academy of Dramatic Art), during which his fees were paid by film director Brian Desmond Hurst, who also used Moore as an extra in his film Trottie True. Moore was a classmate at RADA with his future Bond colleague Lois Maxwell, the original Miss Moneypenny. The young Moore first appeared in films during the mid to late-1940s, as an extra. Moore's film idol as a child was Stewart Granger. As a 17-year-old, Moore appeared as an extra in the film Caesar and Cleopatra (1945), finally meeting his idol on the set. Moore later worked with Granger in The Wild Geese.

In the early 1950s, Moore worked as a male model, appearing in print advertisements for knitwear (earning him the amusing nickname "The Big Knit"), and a wide range of other products such as toothpaste – an element that many critics have used as typifying his lightweight credentials as an actor. His earliest known television appearance was on 27 May 1950, in Drawing Room Detective, a one-off programme. Presented by veteran BBC announcer Leslie Mitchell, it invited viewers at home to spot clues to a crime during a playlet, whose actors also included Alec Ross (first husband of Sheila Hancock) and Michael Ripper. Barring interviews, Moore has not worked for BBC television since.

FULL ARTICLE AT WIKIPEDIA.ORG
This article is licensed under the GNU Free Documentation License.
It uses material from the Wikipedia article "Roger Moore."
Back to Article
/