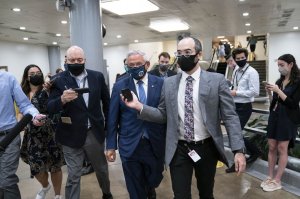 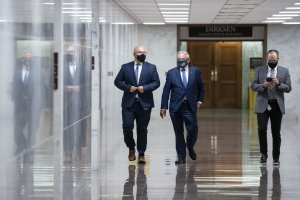 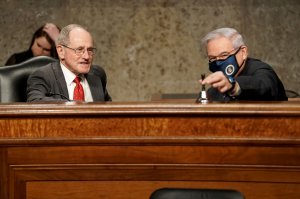 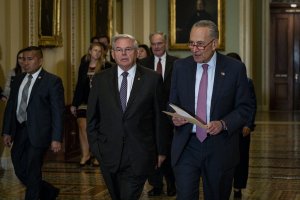 U.S. News // 1 year ago
Senate returns; McConnell says Trump 'provoked' mob that attacked Capitol
In his first remarks on the Senate floor since the Capitol attack, Republican leader Mitch McConnell gave his most vocal condemnation yet of the violence that broke out two weeks ago and led to five deaths.

U.S. News // 2 years ago
Russian ambassador nominee breaks with Trump on Biden probe request
Deputy Secretary of State John Sullivan told lawmakers Wednesday that asking a foreign government to investigate a political rival wouldn't be "in accord with our values," breaking from President Donald Trump.

Up-or-down votes on what an (unelected) group of people decided, is to some degree giving up the responsibility that you had to the people who elected you

Gusher of Lies: The Dangerous Delusions of 'Energy Independence.

Four of those five states were carried by President Obama, and several by very significant margins

Justice dictates that if in fact the government discriminated against a class of people and we recognize that discrimination existed, you don't use legal barriers, i.e. opposing class-action status, to shield the government

Robert "Bob" Menendez (born January 1, 1954) is the junior United States Senator from New Jersey and a member of the Democratic Party. In January 2006, he was appointed to fill the U.S. Senate seat vacated by Jon Corzine, who resigned upon being elected Governor of New Jersey. Menendez was elected to his own full six-year term in the 2006 U.S. Senate election.

Following the 2008 elections, Menendez was appointed to head the Democratic Senatorial Campaign Committee.

FULL ARTICLE AT WIKIPEDIA.ORG
This article is licensed under the GNU Free Documentation License.
It uses material from the Wikipedia article "Robert Menendez."