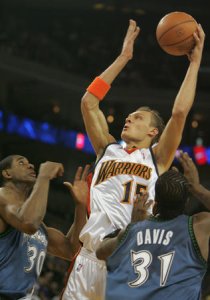 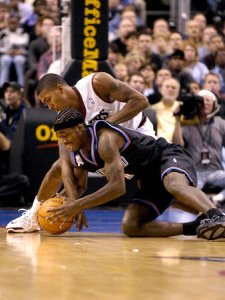 Davis attended North High School in Davenport, Iowa. He was a four year starter who immediately attracted recruiting attention. His team made the state tournament his junior and senior years but did not reach the championship.

Davis played one season at the University of Iowa before being selected by the Charlotte Hornets in the first round of the 1998 NBA Draft, as the 21st pick overall. Davis played two seasons with the Hornets before being traded to the Miami Heat in a massive nine-player trade on August 1st 2000.

FULL ARTICLE AT WIKIPEDIA.ORG
This article is licensed under the GNU Free Documentation License.
It uses material from the Wikipedia article "Ricky Davis."
Back to Article
/