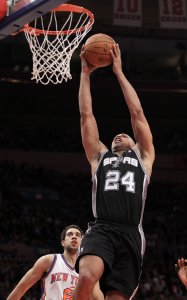 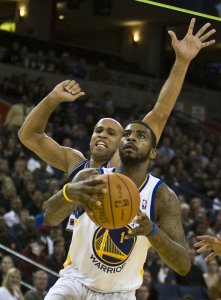 NBA // 3 years ago
Paul Millsap leads Denver Nuggets past Sacramento Kings
DENVER -- Paul Millsap had 18 points and nine rebounds in his Denver home debut, and the Nuggets rebounded from a disappointing loss to Utah to beat the Sacramento Kings 96-79 on Saturday night. 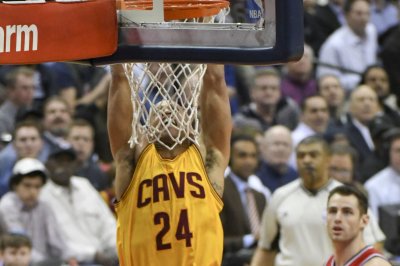 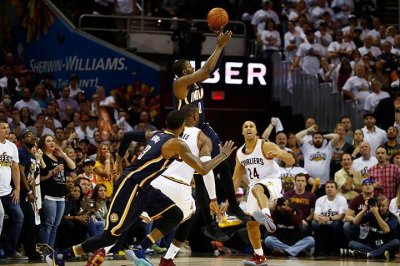 NBA // 3 years ago
Game 1 'slipped away' from Indiana Pacers
CLEVELAND -- The Cavaliers have never lost a playoff series they led 2-0. When winning the first game of any series, Cleveland has advanced 15 out of 16 times.

When myself and Kidd were out of the game, Boston started to get a little more comfortable

At this point in the season, whether you practice or don't practice, work out or don't work out, it really doesn't matter

There's always a sense of urgency, because whenever you come in the game and the game is tied or you're up two or down two, you have to maintain that type of intensity

Richard Allen Jefferson (born June 21, 1980 in Los Angeles, California) is a 6 ft 7 in (2.01 m) American professional basketball player currently playing for the San Antonio Spurs of the National Basketball Association. He was also a member of the USA men's national basketball team at the 2003 Tournament of the Americas and the Athens 2004 Summer Olympics

Jefferson was born in Los Angeles and was raised in Phoenix, Arizona. His parents were both Christian missionaries, and he moved around frequently growing up.

Jefferson attended Moon Valley High School in west Phoenix, Arizona, where he was an integral part of the varsity basketball team that won the 4A State Championship in 1998.

FULL ARTICLE AT WIKIPEDIA.ORG
This article is licensed under the GNU Free Documentation License.
It uses material from the Wikipedia article "Richard Jefferson."
Back to Article
/