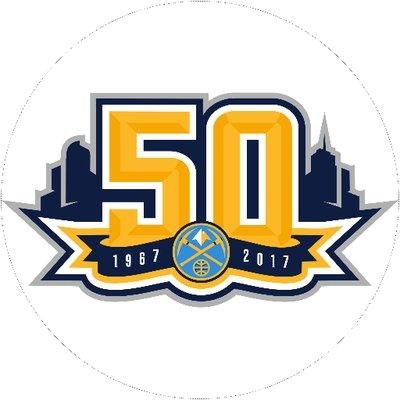 DENVER -- Jamal Murray scored 28 points, Will Barton had 13 of his 16 points down the stretch, and the short-handed Denver Nuggets rallied to beat the Los Angeles Lakers 115-100 on Saturday night.

Trey Lyles had a season-high 18 points and Gary Harris and Kenneth Faried had 13 points apiece. Faried had nine rebounds for Denver, which has won seven straight at home.

Brandon Ingram had 20 points, Brook Lopez and Julius Randle had 15 apiece, and Lonzo Ball had nine points, nine rebounds and five assists for the Lakers (8-14).

Kyle Kuzma had 13 points and 10 rebounds off the bench for Los Angeles, which outrebounded Denver 52-39.

The Nuggets (13-9) were without their starting frontcourt after center Nikola Jokic was ruled out with a sprained left ankle suffered Thursday night.

He was in a walking boot Saturday and he will be out for at least a few games. The best-case scenario is he returns sometime on the upcoming six-game road trip.

Jokic's injury came four days after forward Paul Millsap had left wrist surgery and will be sidelined for several months.

Denver was forced into some unfamiliar lineups with the starting frontcourt sidelined. Normal reserves Mason Plumlee and Juancho Hernangomez started and little-used Richard Jefferson and Darrell Arthur were on the floor together in the second quarter.

The Lakers took advantage by outscoring the Nuggets 30-21 in the second quarter to take a 59-55 halftime lead.

They led by as many as eight in the third quarter and 93-87 in the fourth before Denver rallied. Trailing 98-96, Barton hit two layups to give the Nuggets the lead. After Ingram tied it at 100 with 3:57 left, the Nuggets scored the final 15 points.

The Lakers' frustration showed in the final four minutes. They missed three shots and had four turnovers, and Ball picked up a technical foul after being called for a foul on Murray with Denver leading 106-100.

NOTES: The Nuggets retired Lafayette "Fat" Lever's No. 12 during a halftime ceremony. Lever was the catalyst for Denver's success in the 1980s under Doug Moe. He played six seasons with Denver (1984-90) and had 43 triple-doubles in his career, which ranks eighth all-time. ... Lakers coach Luke Walton said F Kyle Kuzma's back spasms that kept him out of Thursday's overtime loss to Golden State had improved enough for him to play. Kuzma was named the NBA Western Conference Rookie of the Month for October/November. ... Denver assigned F Torrey Craig to Sioux Falls of the G League.